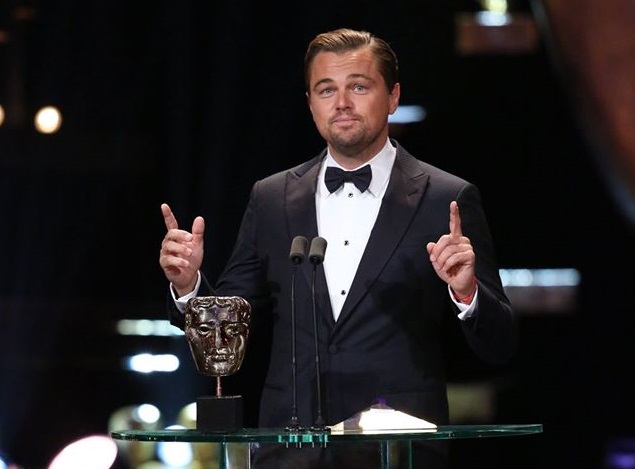 This past weekend, the winners of the EE British Academy Film Awards were announced at the ceremony hosted by Stephen Fry at the Royal Opera House, London.

The Revenant was named Best Film with Alejandro G. Iñárritu winning Director and Leonardo DiCaprio receiving the award for Leading Actor. Emmanuel Lubezki won for Cinematography – his fourth BAFTA overall and third win in a row, and the film also won for Sound.

The Awards were hosted for an eleventh year by Stephen Fry and held at London’s Royal Opera House. In a ceremony that reflected an outstanding year of filmmaking, 12 further features received BAFTA awards:

The award for Outstanding British Film went to Brooklyn, a transatlantic love story about a young woman caught between a future in New York and her home in Ireland. British film Amy triumphed against domestic and international competition to receive the BAFTA for Documentary.

The award for Original Music went to Ennio Morricone for his work on The Hateful Eight, marking the composer’s sixth BAFTA in this category. Spotlight was successful in the Original Screenplay category, and the BAFTA for Adapted Screenplay went to The Big Short.

The award for Special Visual Effects went to Star Wars for its rendering of a galaxy far, far away, while the BAFTA for Animated Film went to Inside Out for its imagining of a world much closer to home.

Writer-Director Naji Abu Nowar and Producer Rupert Lloyd received the award for Outstanding Debut by a British Writer, Director or Producer for their first feature, Theeb. The BAFTA for Film Not in the English Language was presented to Argentinian film Wild Tales.

The EE Rising Star Award, voted for by the public, was presented to John Boyega.

The special award for Outstanding British Contribution to Cinema was presented to Angels Costumes, the world’s longest-established and largest professional costume house, in their 175th year.

Sir Sidney Poitier received the Fellowship, the highest accolade that BAFTA can bestow, in recognition of his outstanding career in film. Sir Sidney’s award was presented to him by Jamie Foxx and his daughter, Sydney Tamiia Poitier, in his Los Angeles home. During the ceremony filmed tributes were given by Oprah Winfrey, Noel Clarke and his To Sir, With Love co-star, Lulu.

Music
The 58th GRAMMY Awards: And The Winners Are...