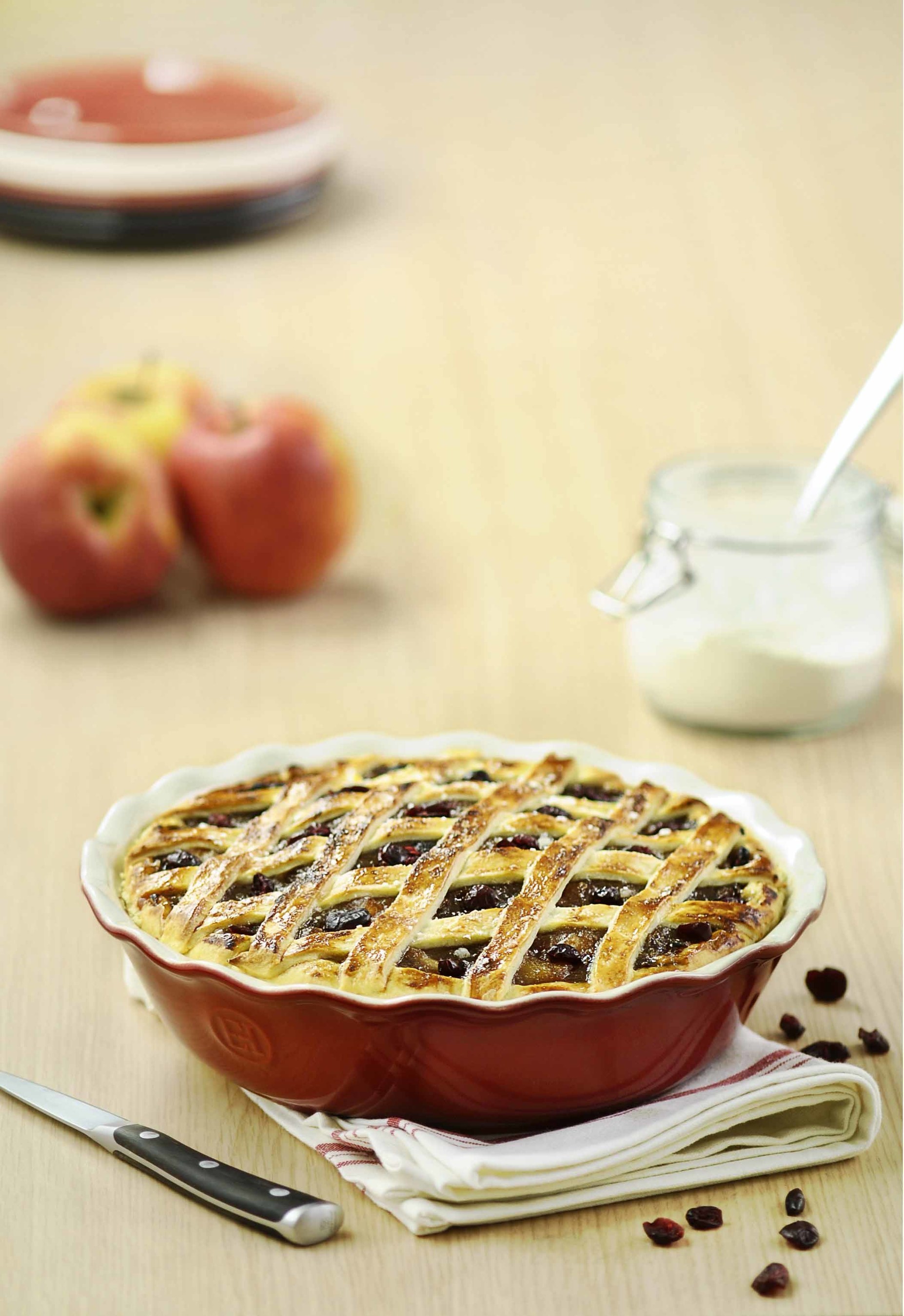 Bakers can enter at http://bit.ly/AsEasyAsPieGiveawayby submitting the name of their favorite pie filling or cake mix and by liking both the Duncan Hines and the Emile Henry Facebook pages. The contest will run from November 23, 2016 to January 15, 2017. A winner will be randomly selected and announced on January 23, 2017, National Pie Day.

To celebrate National Pie Day, here's some history on pie and a recipe from Duncan Hines for APPLE PIE just for you! Did you know that pie has been around since the ancient Egyptian era?  These pies were sometimes made in "reeds" which were used for the sole purpose of holding the filling and not for eating with the filling.

* The Romans must have spread the word about pies around Europe as the Oxford English Dictionary notes that the word pie was a popular word in the 14th century. The first pie recipe was published by the Romans and was for a rye-crusted goat cheese and honey pie.

* The early pies were predominately meat pies. Pyes (pies) originally appeared in England as early as the twelfth century. The crust of the pie was referred to as "coffyn". There was actually more crust than filling. Often these pies were made using fowl and the legs were left to hang over the side of the dish and used as handles. Fruit pies or tarts (pasties) where probably first made in the 1500s. English tradition credits making the first cherry pie to Queen Elizabeth I.

* Pie came to America with the first English settlers. The early colonists cooked their pies in long narrow pans calling them "coffins" like the crust in England. As in the Roman times, the early American piecrusts often were not eaten, but simply designed to hold the filling during baking. It was during the American Revolution that the term crust was used instead of coffyn.