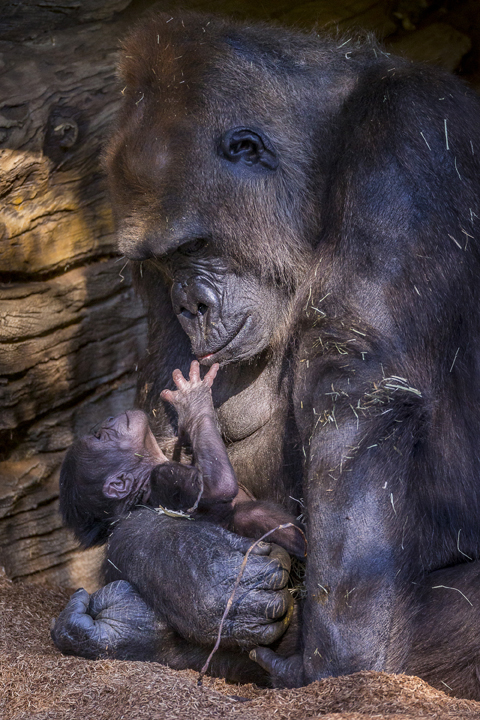 When gorilla keepers at the San Diego Zoo Safari Park arrived to work on Wednesday morning (Oct. 19, 2016), they discovered another gorilla had joined the troop. The baby, which weighs approximately 4 pounds, was observed nursing with her mother, Kokamo, and all signs indicated that mom and baby were doing well. After a health assessment of mom and baby, keepers kept to the troop’s normal routine and released all of the gorillas onto exhibit.

Animal care staff reported that Kokomo is a very protective and attentive mother. She is allowing the other members of the troop to check out the new baby gorilla, but visitors to the Park should expect that the newborn will be held by her mother constantly, making it difficult to see the baby in the arms of her 229-pound mother.

This is the second baby gorilla for mother Kokomo and father Winston at the Safari Park. Winston doesn’t have a direct role in caring for the baby, at this point—but he will continue to be protective of the troop of eight gorillas, which consists of one adult male, three adult females, 5-year-old Monroe, 8-year-old Frank and 2-year-old Joanne. This is the sixth time Kokomo has given birth; she delivered twins in 1999 when she lived at the Oklahoma City Zoo.

Western lowland gorillas are listed as critically endangered by the International Union for Conservation of Nature. This troop is on exhibit daily in Gorilla Forest at the San Diego Zoo Safari Park. 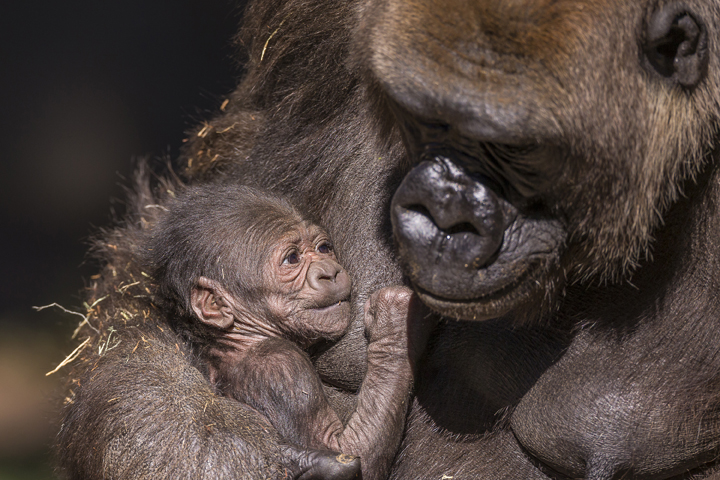