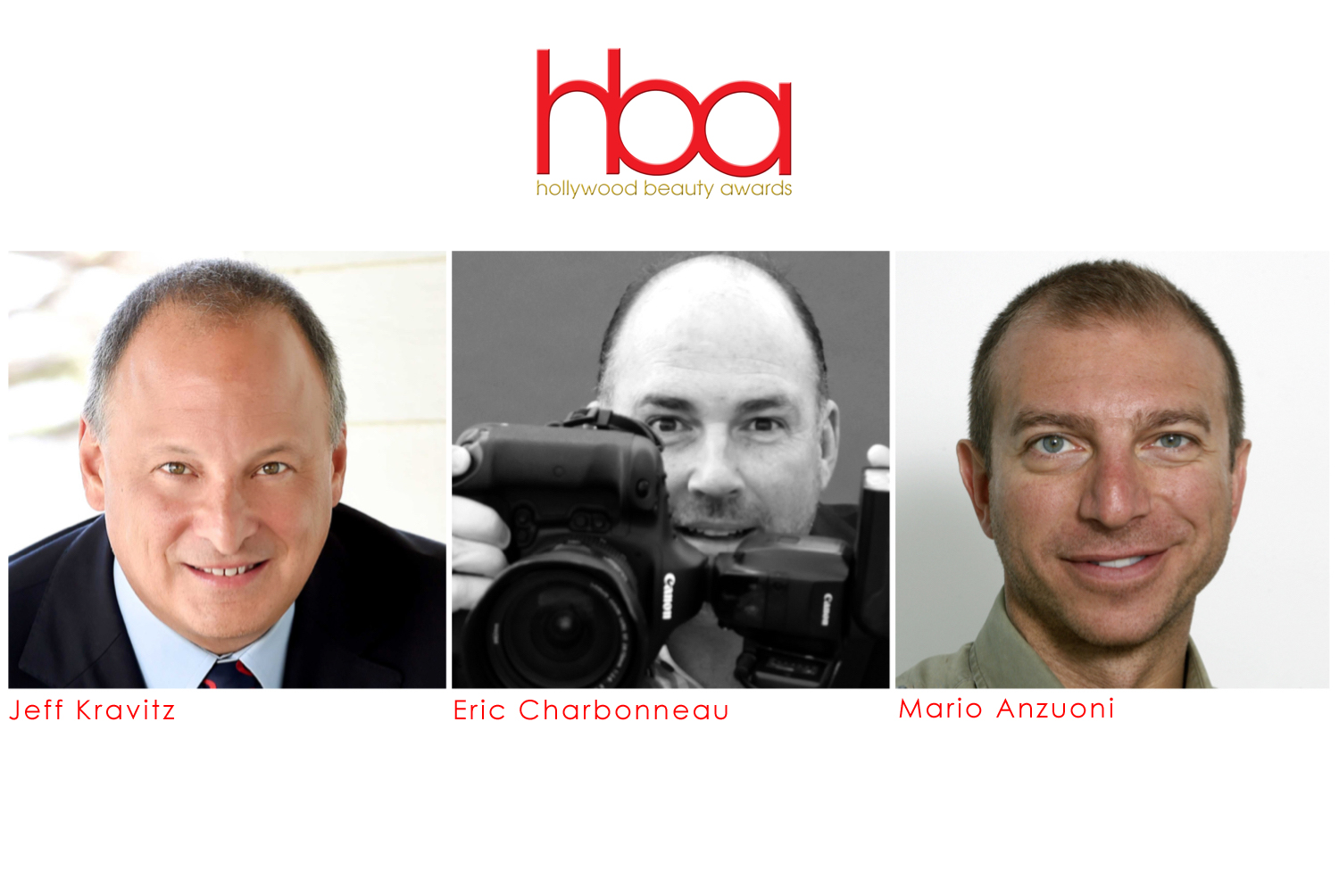 For our final nominee category spotlight, LATF's Hollywood Beauty Awards would like to introduce you to the three nominees competing in the category of theNorman Seeff Award For Photography, which will be remitted on Sunday, February 21, 2016. Meet Eric Charbonneau, Jeff Kravitz and Mario Anzuoni! (Listed in alphabetical order by first name)

Eric Charbonneau was discovered at 16 by Alan Berliner. He refined his craft to quickly specialize in event and portrait photography, having the privilege to photograph some of the biggest celebrities, personalities and political figures in the world. Some of his high profile clients includes Warner Bros, Lionsgate, Twentieth Century Fox, Pixar, Sony Pictures, DreamWorks, Focus Features, Netflix, Live Nation, Open Road Films, DreamWorks Animation, Levi’s, just to name a few. Among some the many high-profile personalities Charbonneau has photographed over the years is like a whose who in the world of entertainment and politics…from the likes of Frank Sinatra, Esther Williams, Paul Newman to Tom Cruise, Brad Pitt and Angelina Jolie, Steve Jobs, Will Smith, Paul McCartney, Members of Royal Family and various US and Candadian policital figures. Charbonneau’s work has appeared in such major publications as People, Us Weekly, In Style, Vanity Fair, Harper’s Bazaar, Rolling Stone and such books as Vanity Fair’s Oscar Night:75 Years of Hollywood Parties and Tom Ford’s book, Tom Ford. http://lestudiophotography.com/LS.html

Mario Anzuoni is a senior staff photographer with Reuters News Pictures, based in Los Angeles, covering the entertainment beat along with breaking news. He was born and raised in Naples, Italy where he started his career as a daily newspaper photographer.  Moved to Los Angeles in 1997 at age 25 working for the Italian Photo Agency La Presse, covering the Los Angeles area news beat. In 2005, he was hired at Reuters, based in Los Angeles. Since starting at Reuters in Los Angeles Mario’s main beat has been national and international entertainment news along with breaking news. He covers regularly all the major award shows, film and music festivals (Toronto, Cannes, Sundance etc.). When not shooting for entertainment he is called to cover breaking news, like the devastating California wildfires, or the massive protests in Ferguson, Missouri. http://www.marioanzuoni.com/

Sports
Los Angeles Is Back In The NFL: Rams Will Relocate To The City Of Angels