The Pope's First US Visit: Where Can You See Him?

It is a historical week for the United States as Pope Francis will be making his first visit since taking residence at the Vatican. Thousands will flock to New York, Philadelphia, and Washington D.C. to see the Pope for the first time live in-person, something many devoted Catholics have waited their entire lives to do. It is a very important moment for many American Catholics, so if you want your chance to see the Pope be sure to check out the calendar of events below. 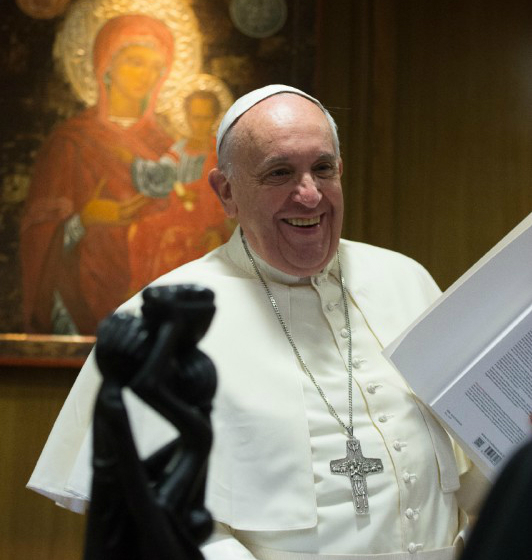 ABC News will offer complete coverage of all papal events including his arrival at Joint Base Andrews, White House visit, addresses to a Joint Meeting of Congress and the United Nations General Assembly, as well as motorcade stops, parades, Vespers and Mass. Anchor George Stephanopoulos will host a special report from Washington, D.C. on Pope Francis’ arrival on September 22 and anchor “Good Morning America” from D.C. on September 23 and 24. David Muir will host “World News Tonight” at the Basilica of the National Shrine of the Immaculate Conception in Washington, D.C. on September 22 and 23, from St. Patrick's Cathedral in New York on September 24 and from Philadelphia on September 27.

ABC News Digital will carry all of the Pope’s live events on www.ABCNews.com/Live and will be GoStreaming from Washington, D.C. and New York City during his visits.