Ratings Report Card: How Did Stephen Colbert Do His First Week? 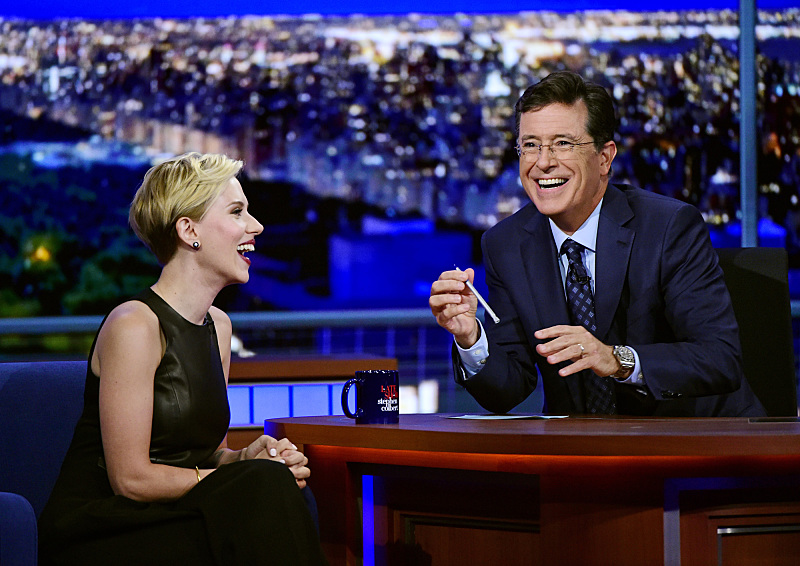 With all of the publicity, billboards, promotions and just overall 'in your face' build-up to Stephen Colbert's hosting debut and premiere of "THE LATE SHOW" on CBS... let's see how his ratings report card did in WEEK ONE.

It's an A+! “THE LATE SHOW with STEPHEN COLBERT” is the most-watched show in late night during premiere week, according to CBS.

The premiere led CBS to a late night ratings victory, as the show ranked #1 in late night viewers and tied for first in adults 18-34 during premiere week ending Sept. 11th, according to Nielsen live plus same day ratings.

Digitally, the premiere episode of THE LATE SHOW with STEPHEN COLBERT marked the best series debut ever for any CBS show in terms of full episode streams on CBS.com and the CBS apps – even topping all CBS primetime shows – and broke THE LATE SHOW’s previous traffic records on both platforms.

Electronics
Stephen Colbert Can Guide You Through Traffic With Waze App