MTV's Moonman Award Gets A Makeover By Jeremy Scott 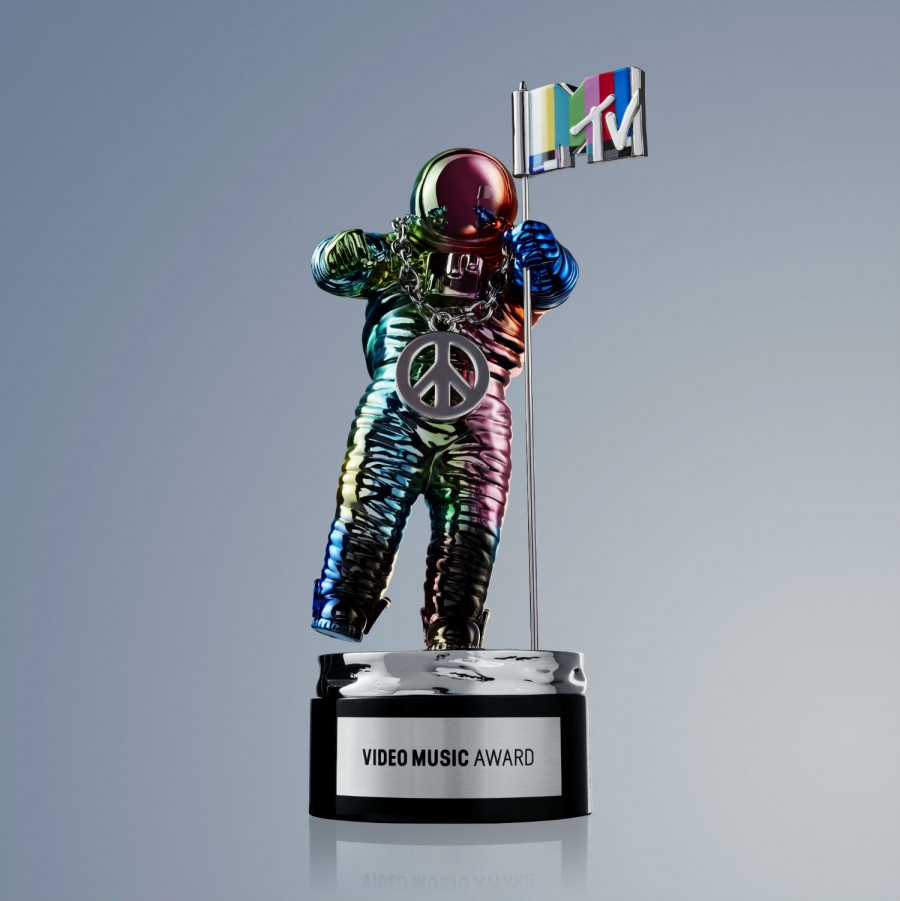 MTV has teamed up with world-renowned fashion designer Jeremy Scott to redesign the MTV Moonman for the 2015 “MTV Video Music Awards” airing on LIVE on Sunday, August 30 at 9:00 p.m. ET/PT on MTV. Miley Cyrus to serve as host. The Weeknd is slated to perform.  Additional performers will be announced at a later date.

As homage to Jeremy and his creative talent, the 2015 “MTV Video Music Award” Moonman will encapsulate the true iconic essence of both the fashion designer and the network. From the distinct color of the TV color bars, to the peace sign necklace, to Jeremy’s signature sneakers, the redesign of statue is part of MTV’s long-standing history of bridging the gap between the world of fashion and music.

Additionally, artists who win a 2015 “Video Music Award” will take home a special-edition Jeremy Scott Moonman, which was created exclusively for this year’s show.

The 2015 “MTV Video Music Awards” will air across MTV's global network of channels in more than 160 countries and territories, reaching more than half a billion households around the world.

Music
2015 MTV VMAs: Less About The Music, More About The Spectacle