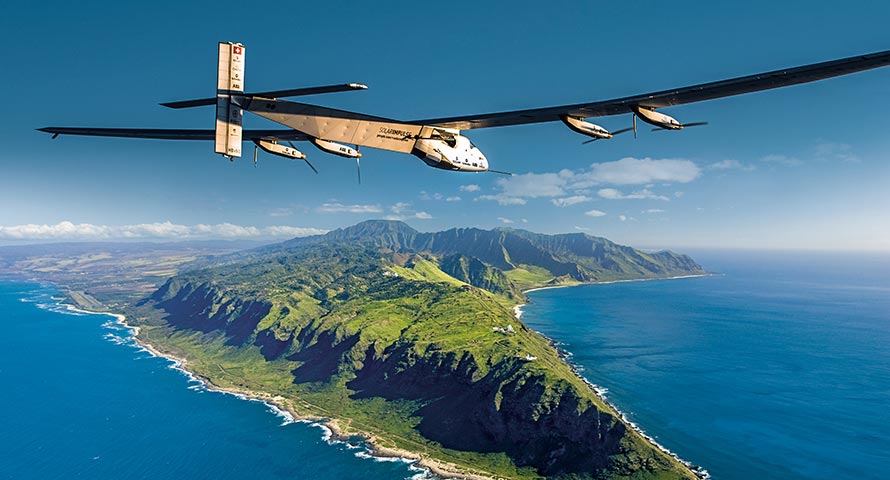 Cars that drive themselves and watches that talk back, what will we see next? What about a sun-powered plane? On Friday, a record-setting flight took place in Hawaii. The sun-powered Solar Impulse 2 landed in Hawaii after the longest leg of its world-wide journey, according to reports.

Solar Impulse, which live streamed the flight event, said on their website: At the controls of Solar Impulse 2, pilot André Borschberglanded safely in Kalaeloa on July 3rd at 05:55 local time Hawaii, after a perilous nonstop flight for 5 days and night.

The 4,000-mile leg from Nagoya, Japan, to Hawaii has made history. It is the world's longest solar-powered flight and it set the record for the longest solo flight by time.

L. A. Glam
Stuart Weitzman's Fall 2015 Campaign Is All Legs With Gisele Bundchen

Electronics
What Will They Think Of Next? The 1st Solar Powered Mobile Charging Station