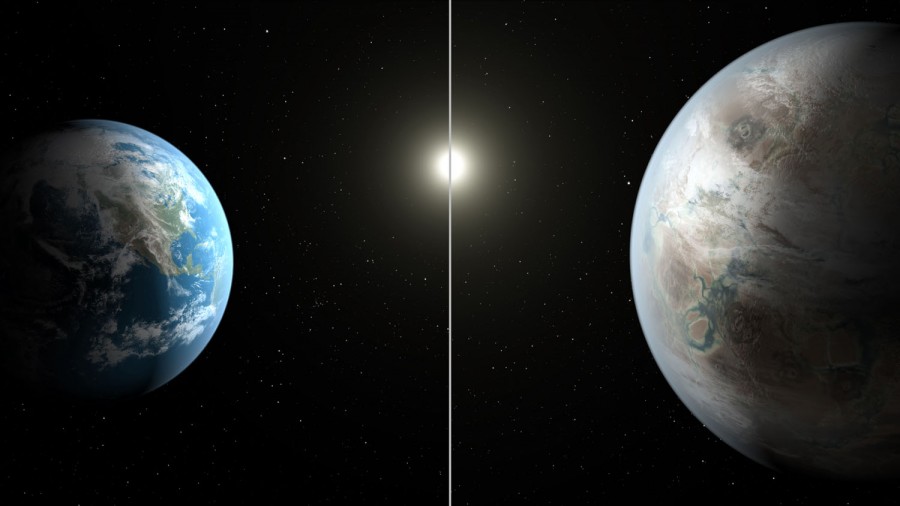 NASA's Kepler mission has confirmed the first near-Earth-size planet in the “habitable zone” around a sun-like star. This discovery and the introduction of 11 other new small habitable zone candidate planets mark another milestone in the journey to finding another “Earth.”

"On the 20th anniversary year of the discovery that proved other suns host planets, the Kepler exoplanet explorer has discovered a planet and star which most closely resemble the Earth and our Sun," said John Grunsfeld, associate administrator of NASA’s Science Mission Directorate at the agency’s headquarters in Washington. “This exciting result brings us one step closer to finding an Earth 2.0."

“We can think of Kepler-452b as an older, bigger cousin to Earth, providing an opportunity to understand and reflect upon Earth’s evolving environment," said Jon Jenkins, Kepler data analysis lead at NASA's Ames Research Center in Moffett Field, California, who led the team that discovered Kepler-452b. "It’s awe-inspiring to consider that this planet has spent 6 billion years in the habitable zone of its star; longer than Earth. That’s substantial opportunity for life to arise, should all the necessary ingredients and conditions for life exist on this planet.”

The newly discovered Kepler-452b is the smallest planet to date discovered orbiting in the habitable zone -- the area around a star where liquid water could pool on the surface of an orbiting planet -- of a G2-type star, like our sun. The confirmation of Kepler-452b brings the total number of confirmed planets to 1,030.

Kepler-452b is 60 percent larger in diameter than Earth and is considered a super-Earth-size planet. While its mass and composition are not yet determined, previous research suggests that planets the size of Kepler-452b have a good chance of being rocky.