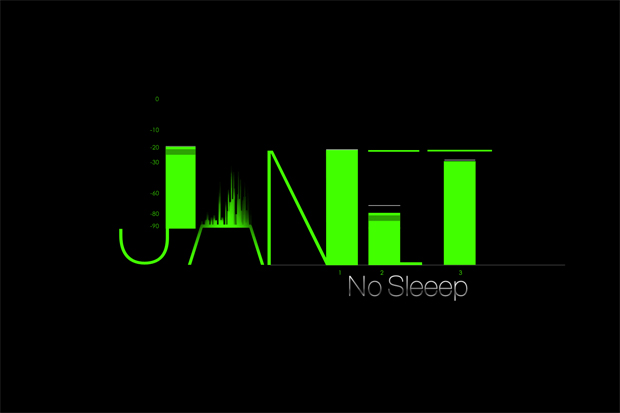 "No Sleeep," the debut single from Janet Jackson'sfirst studio album in seven years, has entered the Top Ten on Urban AC chart at # 9 two weeks after its release. The single also claims the #9 spot on Billboard Hot R&B Songs chart and the #6 spot on Billboard's R&B/Hip Hop Digital Songs chart. "No Sleeep" was featured as part of the tribute performance celebrating Ms. Jackson's impact on music at the recent BET Awards in which she received the inaugural Ultimate Icon: Music Dance Visual Award.

However, the Queen of Pop is also being called the Queen of Insomnia due to the lack of commercial success of the single. While it has advanced in the Urban charts, it still has not cracked the iTunes top 150 singles. According to MediaBase, which tracks airplay, the song has only caught on at  R&B station in B markets, and not made crossover in the major music cities of New York and Los Angeles. But, there is still hope for Ms. Jackson's return to performance. Her Unbreakable World Tour kicks off in Vancouver late next month, and her yet-untitled first studio album in seven years is due out in the fall release. The production collaboration between Janet and producers Jimmy Jam and Terry Lewis will ideally manifest career resumption of one of the most famous female pop superstars.