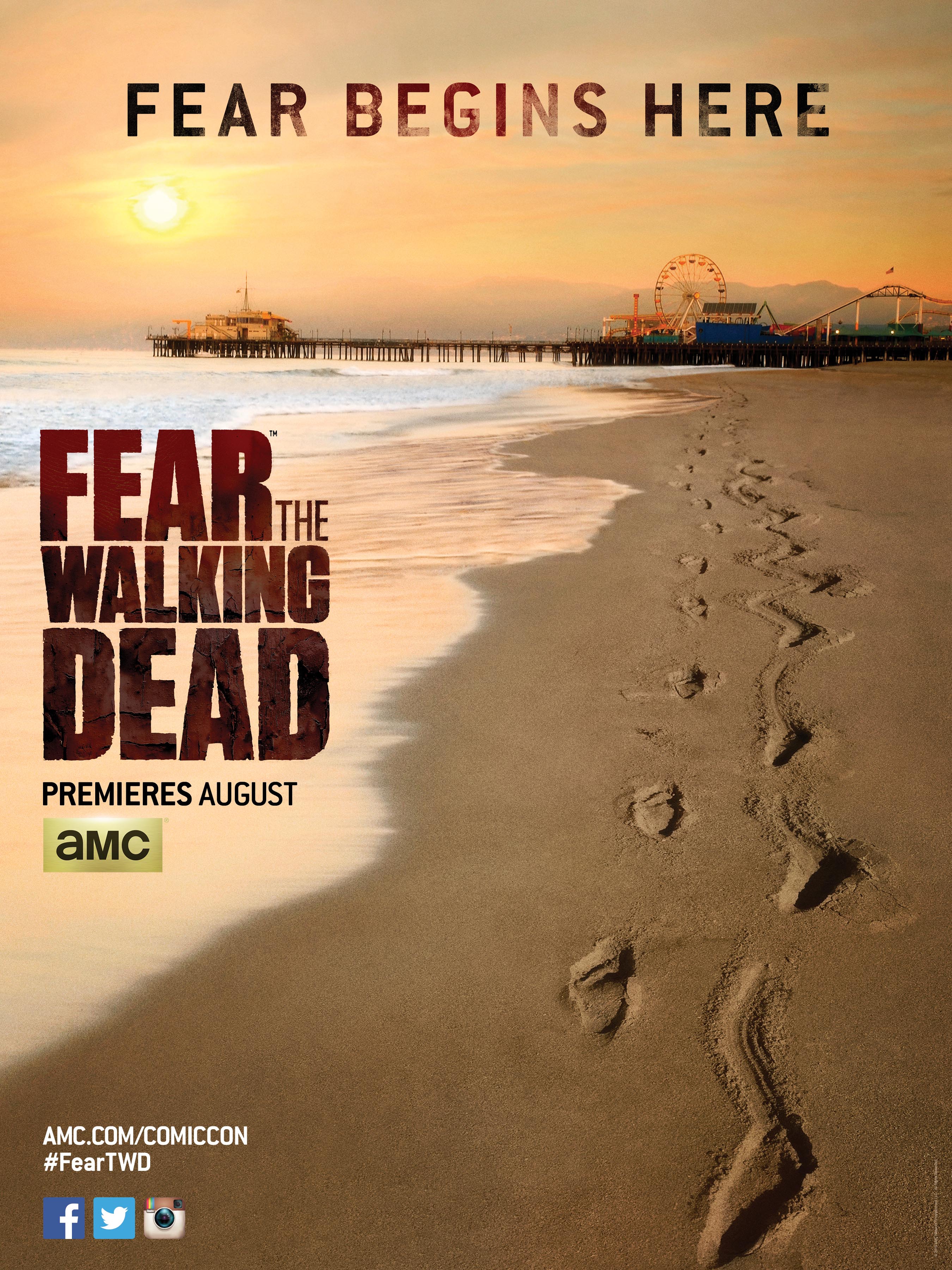 "Fear The Walking Dead", the anticipated companion series to the popular "The Walking Dead" series on AMC released key art for Comic Con today. The new show will take the audience to an earlier time in the apocalyptic world, in the city of Los Angeles. The series features performances from Kim Dickens as Madison, Cliff Curtis as Travis, Frank Dillane as Nick and Alycia Debnam-Carey as Alicia. Also joining the cast as series regulars are Elizabeth Rodriguez as Liza and Mercedes Mason as Ofelia.