David Letterman Says A Final Goodbye To The LATE SHOW 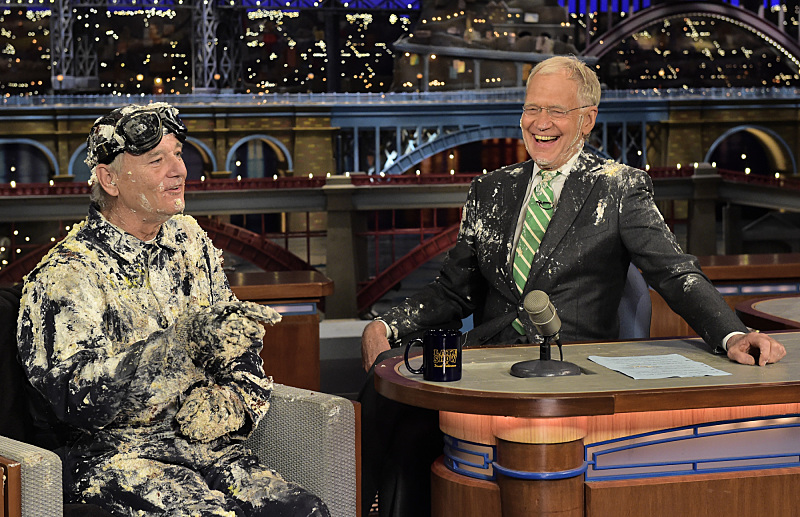 Bill Murray emerged from a cake to give CBS Late Show host David Letterman a good-bye embrace during Tuesday's taping in New York.

1,810 broadcasts later, and after running for 595 weeks, David Letterman says goodbye to the LATE SHOW and “Late Night with David Letterman.” Wednesday, May 20th will be the LATE SHOW's final airing. He has amassed an impressive tally of milestones throughout his more than three decades in broadcasting.

For the final rounds, Tom Hanks, Bob Dylan and Eddie Vedder appeared. On Tuesday night, Bill Murray stepped onto the LATE SHOW stage. Tonight's last show will have plenty of surprises... with rumors of the Foo Fighters performing.

Television
Too Early For Christmas? Not With Bull Murray On Netflix