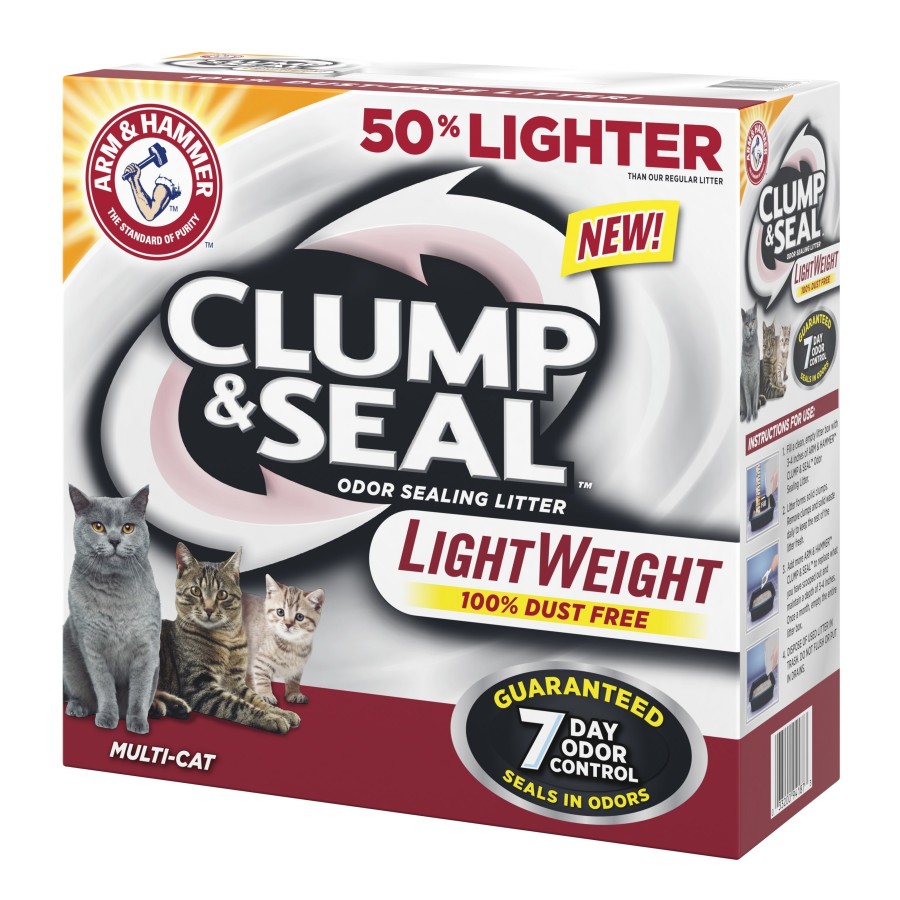 The makers of ARM & HAMMER™ Cat Litter, conducted a study to uncover how new Clump & Seal™ Lightweight litter can ultimately "lighten the day" for cat owners and their pets.

According to the study, cat owners purchase an average of 230 pounds of cat litter every year – more than the average weight of a baby elephant. In fact, one-third of cat owners (34%) say the weight of the litter is their biggest frustration, and they wish it weighed less. The study also found that nearly half of cat owners (46%) feel that changing cat litter is worse than cleaning the toilet.

The "Lighten the Day" study also uncovered the following findings about the positive impact cats have on their owners: