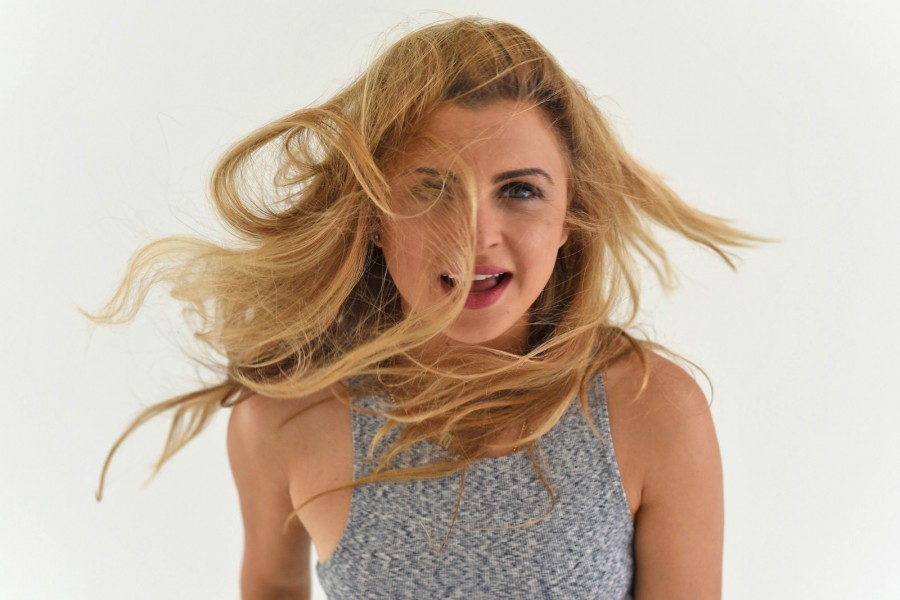 The first time LATF featured stand-up comic Stephanie Simbari, we enlisted the late, great Joan Rivers to instill some advice in the rising star. Joan gave her two vital points of guidance: 1) "Get that sitcom." and/or 2)"Marry rich. Marry rich immediately." It wasn't long before Stephanie took the path towards one of those pointers. No, it didn't involve a trip to Kay Jewelers... but better yet, a drive to the studio lot. The blossoming actress and comic is co-starring in Oxygen's hysterical new docu-series, "Funny Girls," which premieres Tuesday, April 7th 9/8c. Stephanie's comedy can turn an entire audience in stitches. The combination of her unapologetically honest material and captivating demeanor makes it difficult to not become a fan of her stand-up. "Funny Girls" will give TV viewers a chance to glance into the life of Stephanie and five other female comics.

On stage talking about everything from sex to dating and just covering the entire gamut of dating trials and tribulations... #WomanCrushWednesday was the perfect fit for this up-and-coming star...

When it comes to comedy in film/TV/or the stage, who's your ultimate #WomanCrushWednesday?

Stephanie: God, that's such a hard question. There are so many amazing, hilarious women who are both comics and actresses. But since you asked about TV, and most everyone just asks about straight stand-up, I'm gonna give a shout out to Lisa Kudrow because she's a total genius and "The Comeback" is just the best show ever. There's also this English comic, Catherine Tate, who's SO funny. She has this sketch 'i have a gay son'... everyone go watch it right now. Also Sarah Silverman: she's the baddest -- she's done so much and is so authentic, I love her so much. Oh, and the "Cathy" comic strips and just all comic strips in general. Oy, you asked for the ultimate...can you tell this question was hard for me?

Before becoming a comic and even now as you grow, who are the female comedians who have influenced you along the way?

Stephanie: Growing up, I was obsessed with Lucille Ball and Carol Burnett. Then as I got older I discovered stand-up. Janeane Garofalo was a huge influence of mine and she continues to be as a mentor and friend. I've toured with Whitney Cummings and she's an influence because she's taken me under her wing and given me some really solid advice - plus she's just a beast of a comedian. I bow down to how prolific of a writer she is. 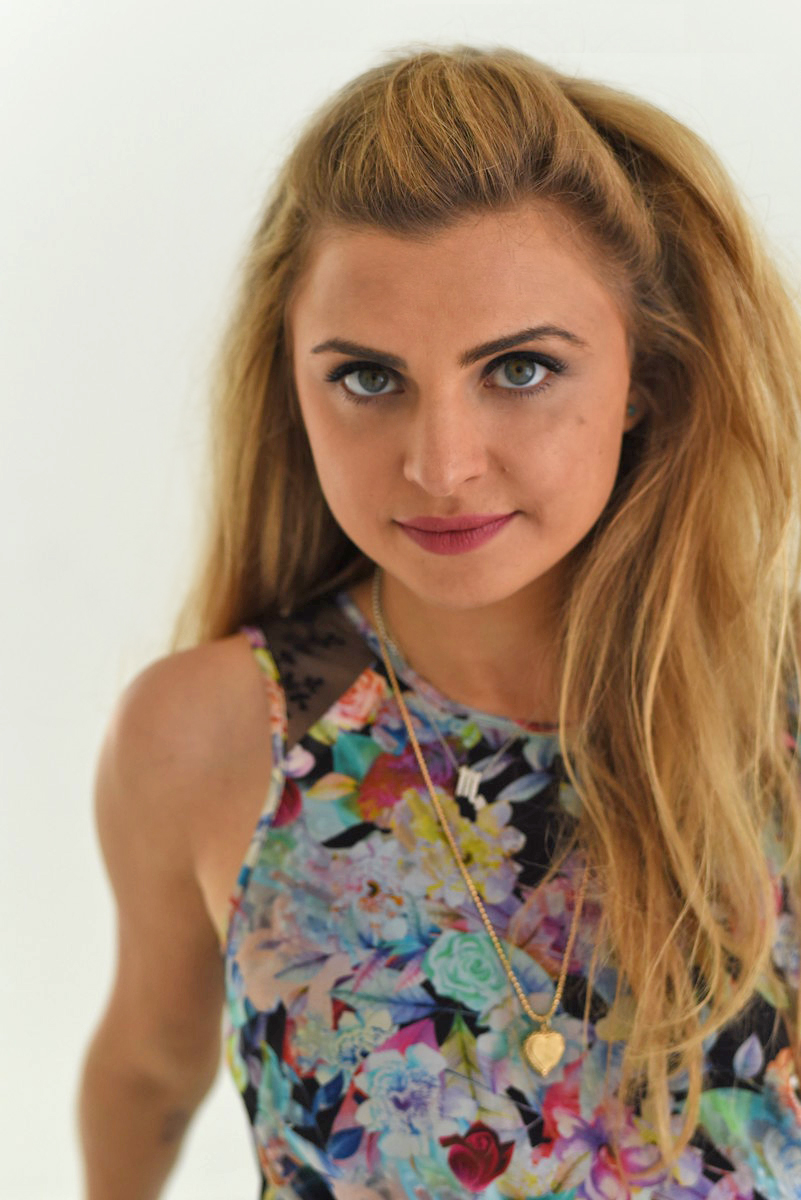 "Funny Girls" focuses on women in stand-up. How was the experience filming and spending time with 5 other empowered women in comedy?

Stephanie: It taught me a lot about myself in ways I didn't expect and really helped me grow quickly because we just had to deliver so much material in such a short amount of time. Spending time with the other girls was really wonderful, we all really fell in love with each other and I'm in awe of all of them, they all have such unique funny voices on and off stage.

The world of comedy is still inundated with men. Do you feel that there are still more challenges for women in the comedy scene?

Stephanie: There will always be challenges for men and for women. I think just own who you are and don't apologize unless you actually have done something worth apologizing for... like you committed a crime or something.

Joan Rivers once told LATF the following advice directed to you: "If you want to get rich, you damn well better get that sitcom. Stand-up will never make you rich." Do you strive for your own show one day? Is stand-up alone fulfilling enough for you?

Stephanie: I love doing stand-up so much. When I'm in my groove there's nothing else like it. But I also love being on set and acting and being in that environment. I could do stand-up without doing acting but I don't think I could ever just act without having stand-up in my life. And of course I want my own show.. working on it!!!! 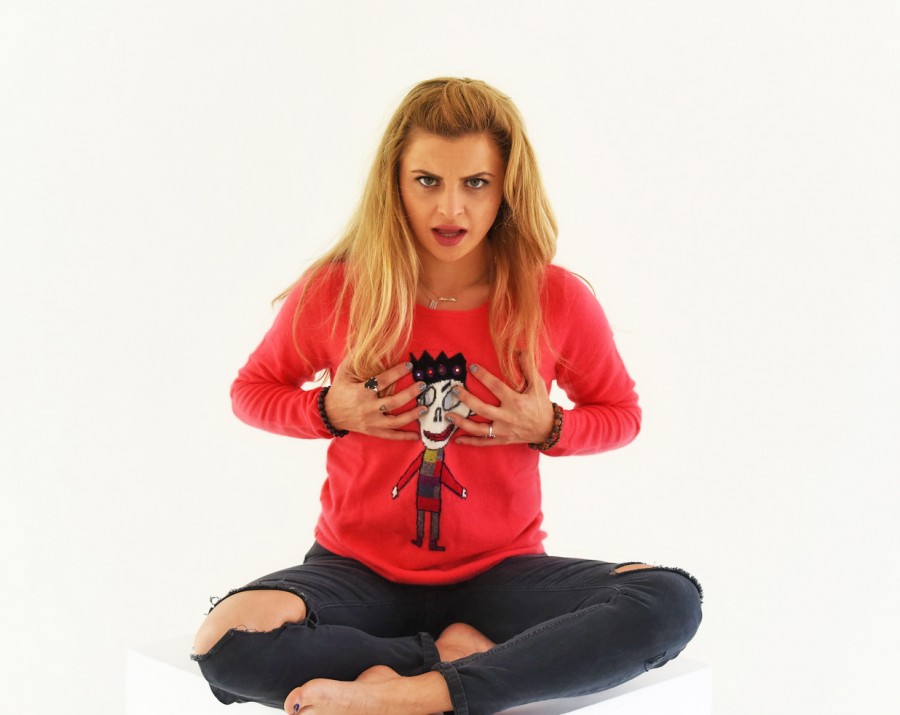 For that young woman who has just moved to LA and is hesitant to try her comedy out at an open-mic, what advice can you give her?

Stephanie: Go for it. Nobody is gonna rip the band-aid off for you. Listen to your sets. Build from what you have. Don't get too wrapped up in what the other comics at the open mic are doing/thinking. Get up as much as possible without making yourself too miserable. It's gonna be hard and if you really want it you're probably gonna have to give up pretty much everything else you care about, but it might prove itself to be very very worth it.

Instagram is offering you $1 million for Stephanie Simbari's own, unique Wednesday hashtag. What's it going to be?

It's quite possible that one day, Stephanie Simbari could break the internet. 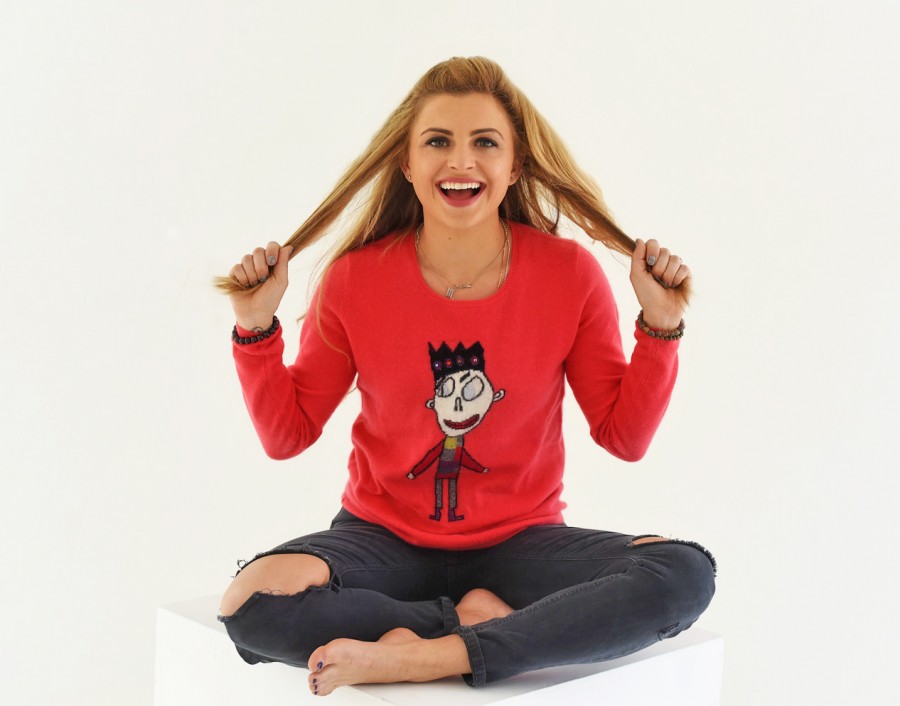