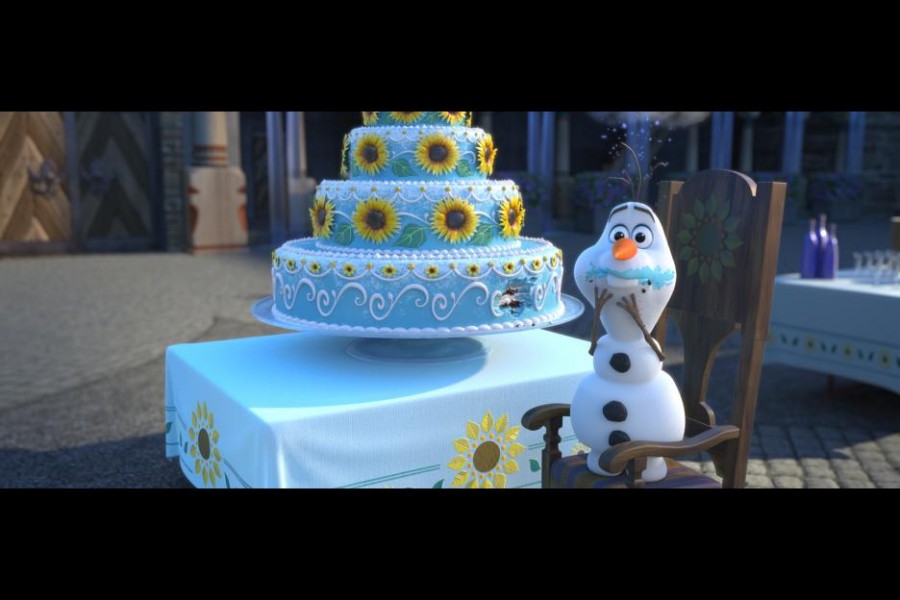 It's hard to believe that it's already been two years since Disney's massive animated hit, "Frozen" debuted on the silver screen. Why? Because everywhere you go, a hint of "Frozen" is still there. Friends singing "Let It Go" at the karaoke bar, a child asking if 'you want to build a snowman?' in the toy aisle at Target, billboards popping up for Disneyland's "Frozen Fun." Needless to say, we are still living in a "Frozen" friendly world. After earning a global gross of $1,274,219,009 (according to http://boxofficemojo.com), the team is back. Audiences will be delighted to know that Elsa, Anna, Olaf, Kristoff and Sven are returning to theaters, this time in short film form for "Frozen Fever."

The short, premiering before Disney's "Cinderella," is a jolly ride. It’s Anna’s birthday and Elsa hopes to make up for a lifetime of closed doors by throwing her little sister a party she’ll never forget. Of course, Olaf steals the show... and there's even a little (or many little) surprise. LATF sat down with the now Oscar-winning director (along with Jennifer Lee), Chris Buck and producer Peter Del Vecho who told us all about their "Frozen" adventure and what audiences can expect in the future. Shortly after the interview, Disney announced that a "Frozen 2" is in the works!

"Frozen" was and is still a big success. Did an idea for the short come easy to you?

Chris Buck: It was a tough one just to find an idea for it. We knew we wanted music, obviously. We wanted another song in there.

Peter Del Vecho: We knew it had to have all of the characters that people have sort of come to know and love.

Chris Buck: That was a start. I think originally we even had pitched more of an Olaf-centric idea, because it’s kind of a no brainer, in a certain way. No pun intended. But then it became also more important to have our two leads—Elsa and Anna—sort of lead it. And then the idea came from one of our story guys. (He) said, “What if Elsa had a cold? What would happen?” And so then it just kind of spun from there. We just did a lot of kind of brainstorming on what would happen.

Peter Del Vecho: Because they had been separated, too, for most of the movie, it was nice to have something that reunited them. And we realized they actually hadn’t celebrated a birthday together before, because they were always probably kept separate, except for when they were very young.

Chris Buck: Yeah. I don’t know which idea came first though—was it the birthday or was it the cold? I can’t remember. I think we did need some kind of event that was happening. And it was birthday or some other—we already had done coronation in the movie or a dance. So yeah, I think it was the birthday. And what could Elsa do for Anna. That kind of thing. 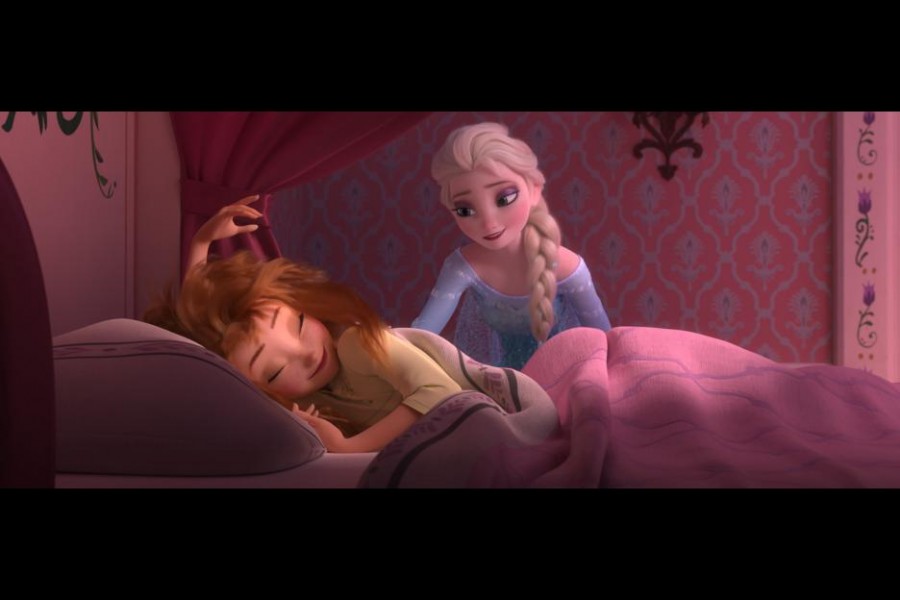 What was the production timeline like on this compared to a typical Disney short?

Peter Del Vecho: They’re all about the same. I mean, they vary in length, just depending upon crew size—(that) is the primary driver behind it. But this was about seven months.

Chris Buck: It was interesting—we were all taking vacations after Frozen. We finished the movie in October of ’13. It came out in November of ’13. But then there was a lot of Frozen after that. And we really didn’t get a chance—all of us—to take a break ‘till the summer. So the short sort of started while we were separated.

Did you expect "Frozen" to receive the recognition and grow the way it did?

Chris Buck: Yes, we predicted it. In fact, bring out the sealed envelope. (laughter) You know, no, no, no.

Peter Del Vecho: I think we knew we had a good movie. But I don’t think any of us knew that it would become the phenomenon that it became.

Chris Buck: No, I don’t think any of us could predict it. And when the movie first came out, we would e-mail each other. We’d say, “Hey, there’s this thing on YouTube; someone’s doing one of the songs, or doing a spoof of the song on YouTube.” Then we’re like, “Oh my God, it’s so funny.” And then there were like, 10, 20, 100.” YouTube and social media really kind of helped us in that. And then the music itself, or the songs, just propelled it. People made Frozen part of their lives, part of their—they made it their own. Everybody saw sort of themselves in Frozen in one or two of the characters. It was overwhelming, really, as we kept going. And we would get stories. In fact, we still get stories from people—what it meant to them or their kids singing it. They still love it. But when you hear something about 10 million times, it’s you know. (laughter) And their kids are singing it.

Can you give us a hint as to where— where "Frozen Fever" might go. Are we going to see a "Frozen" sequel?

Peter Del Vecho: You know, right now, literally, it feels like we finished the movie; we were working on the short. We just finished the short, so I think we’re still enjoying the ride.

Chris Buck: We get a break. This weekend is our break. (laughter) There’s still a lot of Frozen ancillary projects that we’re involved with. Things like parks and products and that stuff. We started (what’s) called the Frozen Franchise Team, which includes Chris, myself, Michael Giaimo—our art director—and a few others. And any time any of the divisions want to do something related to Frozen, it comes through the team for review, just to make sure it’s staying true to the characters, staying true to the theme of the movie, and that the quality that we want is there. It’s daunting because there’s so much happening, but it’s a good problem to have.

What about a movie centered around Olaf?(Laughter)

Chris Buck: We love Olaf and so I think, who knows what can happen. He certainly, I think, could handle a movie. He’s just such a great, innocent, fun, kid-like character. I think everybody relates to him. And he says these wonderful things that make you think, “How did he come to that?” But it’s very kid-like; it’s kid logic. I think that’s why he’s so endearing. And then Josh Gad is incredible. And Josh does a lot of improv, and we play with him in the recording room.