Inside U2: iNNOCENCE + eXPERIENCE LIVE IN PARIS With HBO & Dir. Hamish Hamilton 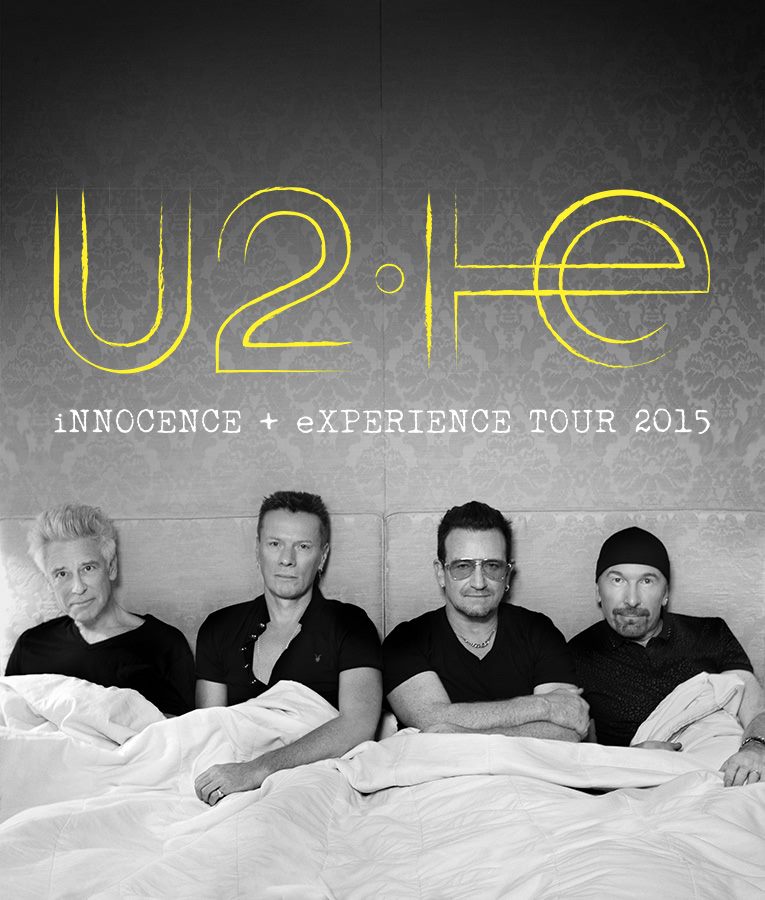 Due to the terror attacks in Paris - the concert was cancelled

U2: iNNOCENCE + eXPERIENCE LIVE IN PARIS, the first HBO concert special by the 22-time Grammy-winning band, debuts Saturday, November 14th (9:00-11:30 p.m. ET/PT). The exclusive presentation will be directed by Hamish Hamilton, who has worked with the band since 2001, and has also directed such high-profile projects as the London 2012 Olympic and ParaOlympic opening and closing ceremonies, the last six Super Bowl halftime shows, multiple Academy Awards® ceremonies and President Obama’s inaugural ball.

In the midst of preparations for U2: iNNOCENCE + eXPERIENCE LIVE IN PARIS, which will be shot live and air exclusively on HBO that same day, Hamilton took time out recently to discuss the show.

Q: When most people think of a director, they think of someone who directs a scripted feature film or TV series. What are your responsibilities as the director of a televised live event like a U2 concert or a Super Bowl halftime show?

HAMISH HAMILTON: It’s true that when most people think of a director they envision someone who directs an actor or actress through a scripted scene. Although my job as a live multicam director is rather different, there are still many similarities.

Live TV can be quite tricky, because as a performer your attention becomes split between the screaming fans in the audience in front of you and the millions of viewers watching from home. This means that the majority of the viewership will experience the show remotely, making the role of the camera more crucial than ever. With more than 20 cameras to look at, it takes a lot of collaboration between the artist and myself to successfully capture the energy and feeling of the show. Most of this is done in rehearsals, because on show night I have to focus on giving live direction to the camera team to make sure we get the shot! With so many cameras to consider, it is imperative to have a clear plan in order to avoid chaos.

Which brings up another point: I can only do what I do with the incredibly talented team around me that I’m lucky enough to work with, because you only get one chance to get it right!.

Q: You’ve been collaborating with U2 for 15 years. How did you first get together with the band? What were they expecting from you on your first collaboration?

HH: I first worked with U2 on the UK award show The BRITs, which I directed back in 2001. The band performed “Beautiful Day” and “End of the World.” Bono really loved my point of view.

I soon received a call from Bono asking me to direct their upcoming Elevation Tour film [“Elevation: Live from Boston”] and ever since then I’ve been working with the band. Its been a great journey working with U2. I have been a fan from childhood – sometimes it’s almost surreal.

Q: How has your relationship with U2 evolved over the years? What is the creative give-and-take like when you begin a new project with them, i.e., how do you and the band decide what you’ll do together each time?

HH: The brilliant thing about knowing and working with everyone on the tour is the fact that we all trust each other. We understand what each other’s goals and needs are. I feel like a member of the U2 family.

Q: The iNNOCENCE + eXPERIENCE tour employs an innovative set that’s designed to offer concertgoers a unique interactive show. How do you translate that to a TV special? Do the mechanics of the set, or the arena itself, pose any special logistical challenges? How do you achieve the kind of intimacy that’s clearly important to the band in a large venue?

HH: This is actually very tricky, because the beauty of being in an arena is that you can see everything at the same time. However, when you’re watching at home, the idea of staying on a single wide shot isn’t very exciting, so it’s a case of tailoring the experience that was created for all the fans in the arena into a comparable experience for the people at home. To take it one step further, we have a few surprises in store for the people at home that will create a unique show for them as well. It’s very much a collaboration at every stage of production to make sure the experience for everyone at home is just as good, if not better.

Q: Is recording live for same-day debut the same as working on an actual live show, or are there differences in what you do?

HH: It’s exactly like working on a live TV show. Due to the load time HBO GO requires, we are sending the show directly via satellite live to HBO. We have no time to make changes!

L. A. Glam
L'Oreal Honors Women Of Worth