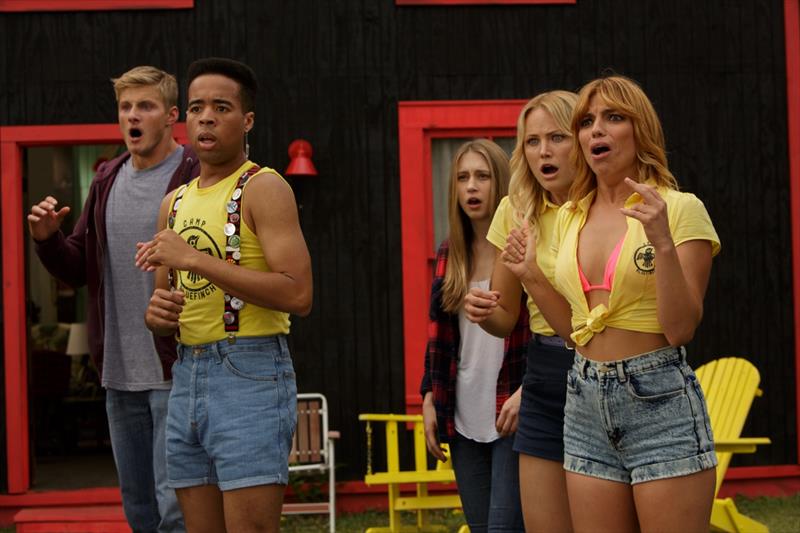 Randy from “Scream” best recited the horror commandments. He said, “There are certain rules one must abide in order to successfully survive a horror movie, rule number one, you can never have sex.” In the case of “The Final Girls,” forget the sex part... don’t even unbutton your shirt. When it comes to making a horror movie, and more specifically, a slasher movie, there are also rules to follow. I call them the three S’s. Silly - Scary - Score. It’s important to have humor throughout the film. This usually falls into the hands of one character, ‘the funny guy’ or ‘the funny girl.’ Scary and suspense are one and the same. From the very start of the movie, the audience should feel as if something is creeping around every corner. Then there’s the score. Think of “Halloween,” “Friday The 13th” and any other classic horror franchise; the score is the very foundation and heartbeat of the story. When it comes to “The Final Girls,” directed by Todd Strauss-Schulson and written by fresh screenwriters, M.A. Fortin and Joshua John Miller, I checked off all of the necessary S’s.

Although it falls under the umbrella of horror, this overwhelmingly entertaining indie weaves itself through many different genres, from comedy to an emotional family drama. But let’s start at the beginning, a coming-of-age dramedy. High School senior Max (Taissa Farmiga) lost her mother (Malin Akerman) one year ago in a car accident. An aspiring actress, Max’s mom was best known for her career as a scream queen in such 80’s cult horror classics as “Chopping Mall” and the “Camp Bloodbath” series. On the anniversary of her death, Max’s geeky friend Duncan (Thomas Middleditch) asks if she will attend a screening of her mom’s films at the local movie theater. For moral support, her best friend Gertie (Alia Shawkat) and her crush Chris (Alexander Ludwig) tag along. Much to Max’s chagrin, Chris’s ex-girlfriend Vicki (Nina Dobrev) shows up too. And so the show begins… one kid lights a spliff during the opening credits and the theater goes up in flames. Searching for an escape route, Max, Chris, Vicki, Duncan and Gertie fall through the cracks of movie reel time. Next thing they know, they’ve been transported into the campy horror flick they had just sat down to watch. That’s right, it’s now a movie within a movie. 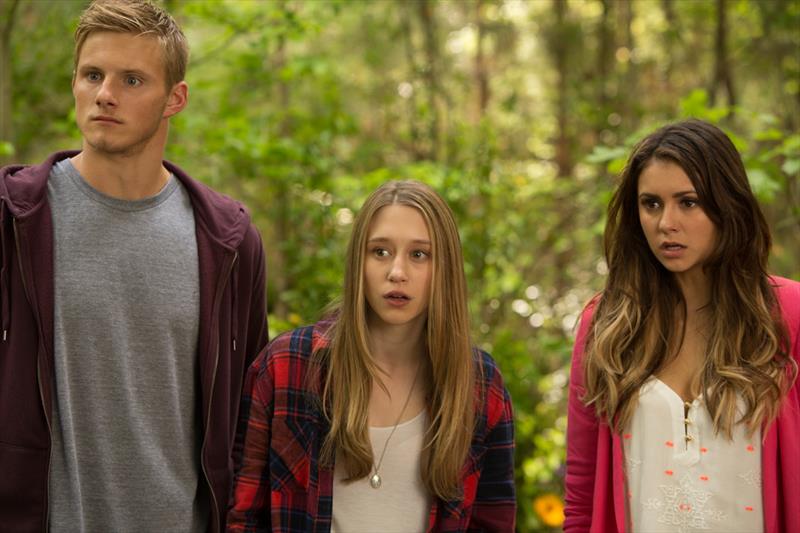 Hilarity ensues when Max’s clan of friends buddy up with the actors/camp counselors of “Camp Bloodbath,” who are brilliantly portrayed by Adam Devine, Angela Trimbur, Tory N. Thompson, Chloe Bridges and Malin Akerman. Stuck in the movie, Max and her friends soon realize that the only way out is to defeat the killer himself: Billy Murphy.

But before the blood is drawn, audiences ride on the corny comedy wave. Speaking in 80’s lingo with sayings, such as “tubular,” “right on” and “totally bitchin’,” Devine and Trimbur were perfectly cast as the hormonal meathead and lustful ditz. Their physical comedy and timing will most likely have you in stitches.

Serving as the film’s ultimate heroine, Taissa Farmiga is lovely as the naive girl - turned badass fighter. She proved herself as a more than capable leading woman.

For every hysterical scene, Miller and Fortin had an equal amount of touching and heartfelt moments between Farmiga and Ackerman’s characters. Being stuck in a movie with her 'mother,' Max was able to bond and find closure in her passing.

“The Final Girls’” producer, Janice Williams said it best, “The film is not just one thing, it’s sort of a horror movie, it’s a comedy, but it is also full of heart; a very emotional piece about a mother and daughter.”

You’ll laugh, you’ll scream and you might even shed a tear.

“The Final Girls” releases just in time for Halloween. In Select Theaters & On Demand October 9, 2015

FYI
TravelChannel.com's Top 10 Halloween Attractions Around The US!