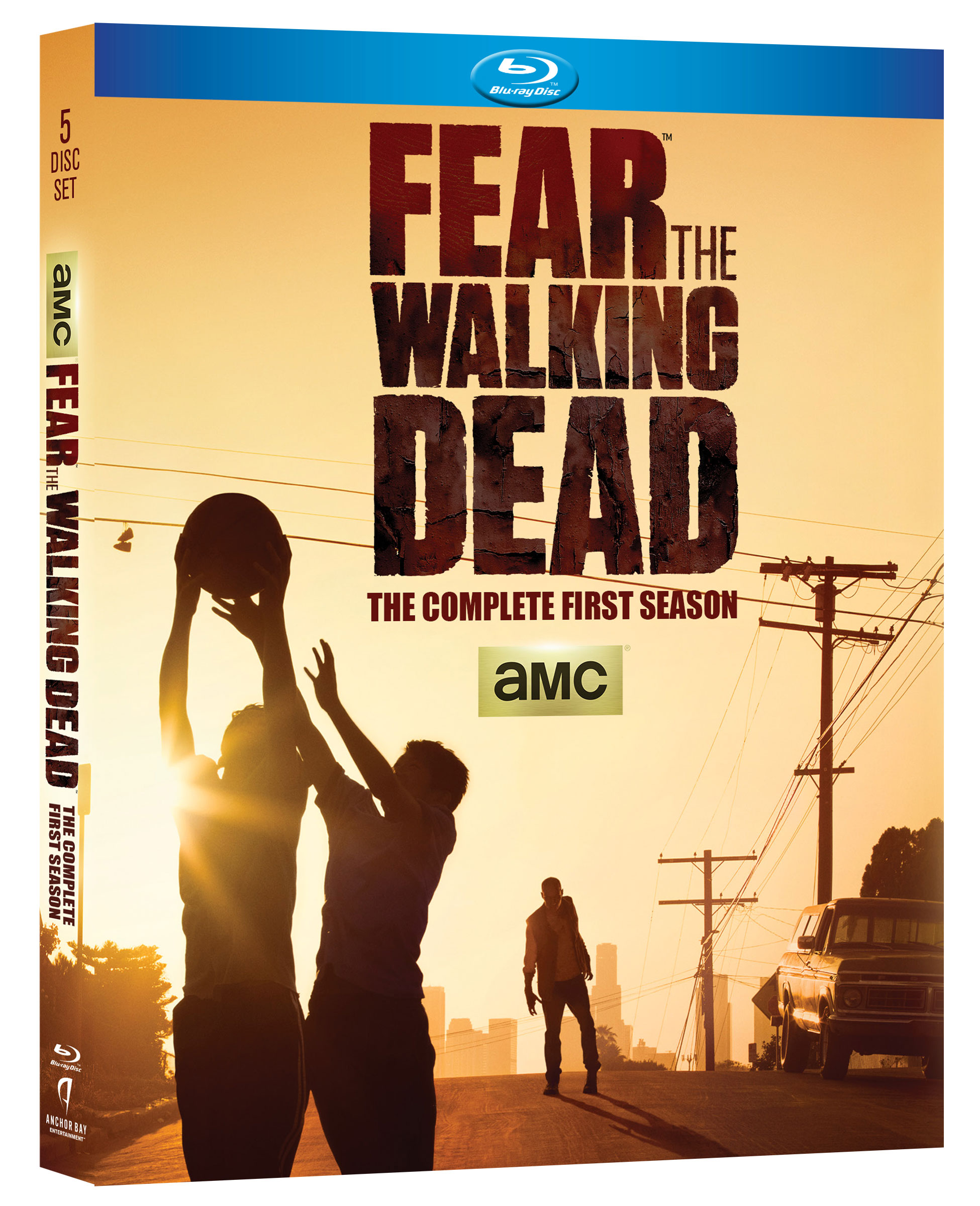 Created by Robert Kirkman (“The Walking Dead”) and Dave Erickson (“Sons of Anarchy”), the series hailed as “effortlessly creepy” (People), premiered in August as the #1 show in cable history. The 2-disc sets include character bios as well as “A Look at the Series.” Both fans of the show, as well as those who have yet to encounter the engrossing drama, will have the opportunity to own all six episodes. SRP is $49.99 for the Blu-ray™, $39.98 for the DVD, with pre-book on October 28th.

Living in the same universe as “The Walking Dead”, “Fear the Walking Dead” is a gritty drama that explores the onset of the undead apocalypse through the lens of a fractured family.

Fans can also look forward to FEAR THE WALKING DEAD: THE COMPLETE FIRST SEASONSpecial Edition in 2016. Release date will be announced shortly.