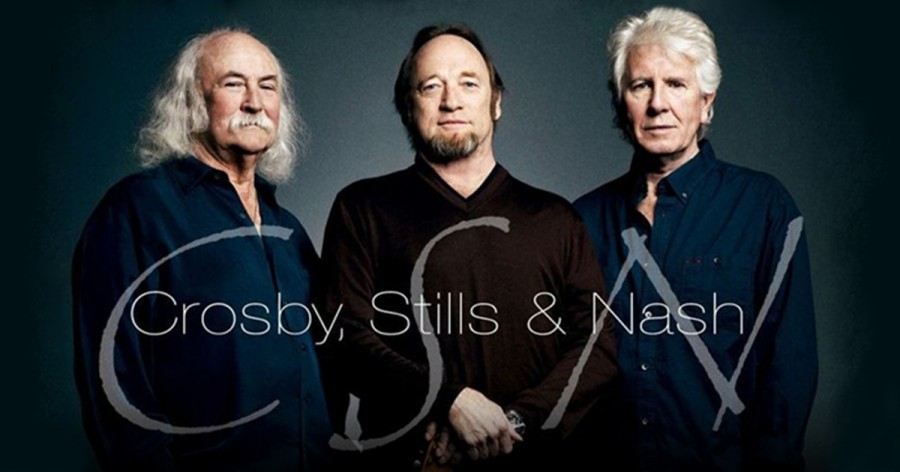 Crosby, Stills & Nash have announced a second night at the Chicago Theatre on May 6. Tickets for this show will go on sale on February 7 at 10am. The US tour kicks off on April 29 in Lincoln, NE at the Lied Center and will wrap up on May 20 at the Oakdale Theatre in Wallingford, CT. This run features two stops at the State Theatre in New Brunswick, NJ, as well as two nights at the Kings Theatre in Brooklyn, NY. Click here for tour details: http://bit.ly/CSNTour.

The group will perform songs from their extensive catalogue, as well as new material from each member. Once again, CSN will be accompanied by its backing band featuring: Shane Fontayne(guitar), Steve DiStanislao(drums), Kevin McCormick(bass), James Raymond(keyboards), and Todd Caldwell(organ).

As with previous tours, CSN will be donating $1 per ticket sold, to charity. Details and complete tour schedule are available at www.crosbystillsnash.com.

More than four decades since CSN first harmonized in Laurel Canyon, and played its first-ever concert as a trio at the legendary Woodstock festival, its members continue a creative partnership that is one of the most influential and enduring in music. David Crosby, Stephen Stills, and Graham Nash have each been inducted into the Rock and Roll Hall of Fame two times—with Crosby, Stills & Nash, and a second time with The Byrds, Buffalo Springfield, and The Hollies, respectively. They are also in the Songwriter's Hall of Fame, honored both for CSN as a group, and as individual solo artists.