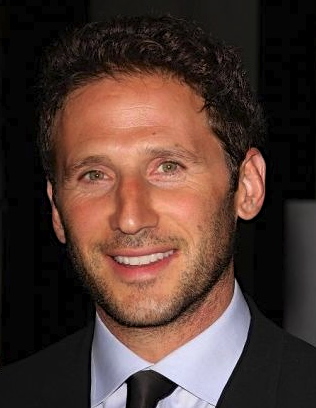 Acclaimed film, television and stage actor Mark Feuerstein (Royal Pains) is signing on as a recurring guest star in six episodes of NURSE JACKIE, the original SHOWTIME comedy series starring Edie Falco as a flawed emergency room nurse.  Feuerstein will play Barry Wolfe, a high-powered, cutthroat lawyer who will represent Jackie as she pieces her life back together following her arrest last season.  He joins recently announced recurring guest star Tony Shalhoub in the series’ seventh and final season, which is currently in production in New York.

Mark Feuerstein stars as Hank Lawson in the hit series “Royal Pains,” which just completed its sixth season.  Currently, he is working on the indie film “Meadowland” opposite Natasha Lyonne, Olivia Wilde and Luke Wilson.

Over the past ten years, Mark has received critical acclaim for his roles in film, television and theater.  He was in Ed Zwick’s World War II epic “Defiance” opposite Daniel Craig and Liev Schreiber, as well as Curtis Hanson’s “In Her Shoes” opposite Toni Collette, Cameron Diaz and Shirley MacLaine.  Additional film credits include “Abandon,” “What Women Want,” “The Muse,” “Rules of Engagement,” “Woman on Top” and “Practical Magic.”   Feuerstein can next be seen in the independent films, “In Your Eyes” written by Joss Whedon and is the male lead in “Larry Gaye: Renegade Male Flight Attendant”, which he also produced.

Feuerstein has also appeared regularly on the small screen. He starred opposite Stanley Tucci in the drama “3 lbs,” as well as “Good Morning Miami,” “Conrad Bloom,” and “Fired Up!.”  Additional television credits include “The West Wing,” “Once and Again” and “Sex and the City.”