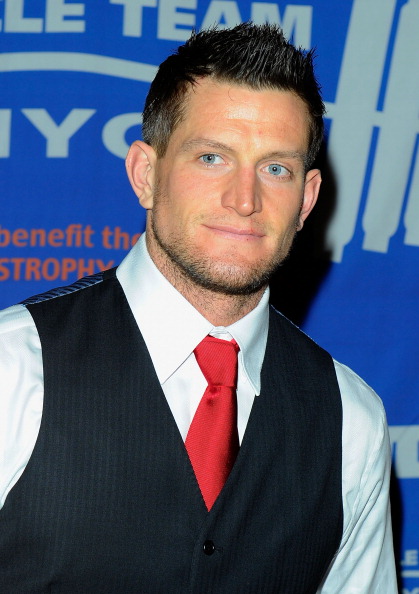 New York Giants punter Steve Weatherford announced today the launch of his new charitable organization, The Steve Weatherford World Champion Foundation. The official kick-off will take place at the Grand Opening of Momentum Cycling and Fitness Club in Summit, NJ on September 13th where Weatherford will be making an in-season appearance from 2-3:30pm. Event proceeds will go directly to his foundation.

"I am so excited to be able to formalize my charitable work under the umbrella of my new foundation, which will serve to support all of my philanthropic efforts," says Weatherford.  "Our focus will center on family and fitness, so this is a great way for us to get started!"

Known for his long history of community service and giving back, Weatherford will join Momentum Fitness owners Menekse "Nekki" Robinson and Camellia Lowry Redmerski to celebrate the launch of his new foundation as well as the opening of their premier fitness studio. Momentum will offer the community a variety of cutting edge workouts in a studio setting, with classes built to complement one another including Spinning®, HIIT, TRX® & core strengthening and personal training.  The general public is invited to attend the Grand Opening from 11 am - 3pm on September 13th.  Guests can try out the new equipment and meet trainers, staff.  Summit Mayor Ellen Dickson will be present for the official ribbon cutting ceremony scheduled for 2:30pm.

L. A. Glam
YOGASMOGA Opens Their Townhouse In Greenwich, Connecticut