Who's Heading To "Dancing With The Stars?" 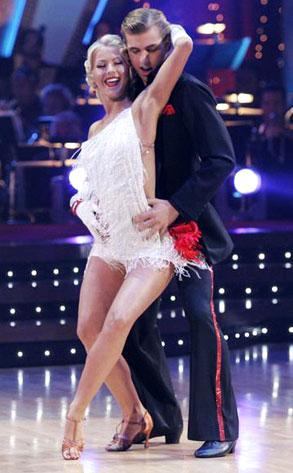 According to E! News, Duck Dynasty's Sadie Robertson is heading to the ballroom dance floor on "Dancing With The Stars." Robertson, who is granddaughter of reality Duck star Phil Robertson, is also a star in her own right with a YouTube channel and a dress line.

In other DWTS news, two-time “Dancing” champion, actress, musician and Emmy®-nominated choreographer Julianne Hough returns to the ballroom as a fourth judge on this season of “Dancing with the Stars,” premiering MONDAY, SEPTEMBER 15 (8:00-10:00 p.m., ET/PT)onABC. Hough will judge alongside resident judges Len Goodman, Carrie Ann Inaba and Bruno Tonioli.

Julianne Hough said today, “I’m so excited to be back with my “Dancing with the Stars” family again on a regular basis. I've always aspired to be an all-around entertainer, whether I'm acting, dancing or singing, and I’m thrilled for this opportunity that will allow me to continue all of those pursuits. Derek and I just finished our Move Live on Tour, which reminded me how much I miss the interaction with the dance fans that have been so supportive of me in my career. I am warming up the paddles and the sass, and I’m ready to have fun in this new role.”

Executive Producer, Rob Wade stated, “We are delighted to welcome Julianne back to the DWTS family. Her blend of ballroom dancing experience and unique judging ability make her the ideal choice for the show, and we are very excited to have her, Carrie Ann, Bruno and Len on board.”