Movie Review: "Magic In The Moonlight" Casts Its Charms 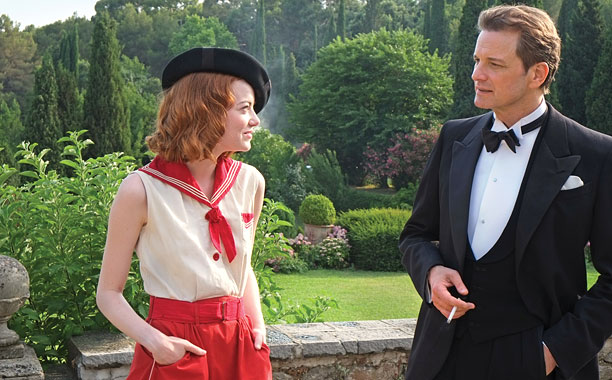 Woody Allen returns to Europe, this time in the gorgeous countryside of the French Riviera, as writer and director of "Magic In The Moonlight." Colin Firth and Emma Stone star; and the sheer force of their charm bolsters a relatively thin plotted narrative, making the film play out like a pleasant escapade.

The film opens in Berlin in 1928; where a packed house watches a Chinese magician named Wei Ling Soo, perform on stage. Soon after the show, we learn that the “Wei Ling Soo” is actually just the stage act of pompous Londoner Stanley Crawford (Firth). Despite his trade as a magician, Crawford is a staunch pragmatist and non-believer in all things spiritual. So when an old friend and fellow magician propositions him to go to the south of France to debunk a so-called spiritualist, who has a rich family under her spell (so to speak), Crawford is compelled to accept. It is on this adventure that he meets the spiritualist Sophie Baker (Stone). And as he becomes closer to Baker and his debunking skills are put to the test, he begins to question his entire outlook on life, the unknown and love. 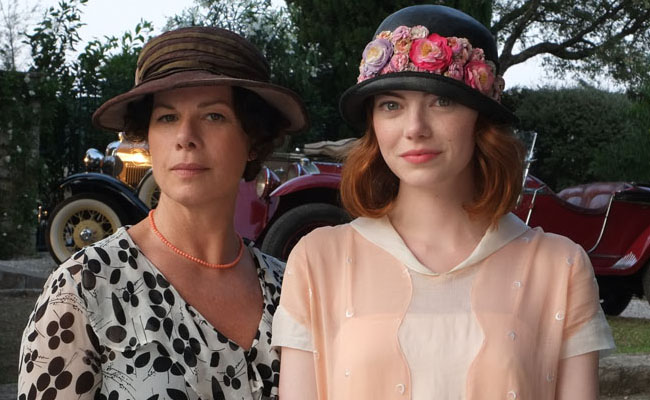 Firth seems to relish playing the irascible Crawford. He spits out insults and postures arrogantly with such unspoken glee that you can’t help but like the petulant Crawford. Stone fits right in with Allen’s particular mold of quirky female characters, but also manages to make Baker her own entity. Both actors are very well suited for a Woody Allen movie. The kind who aren’t influenced by the auteur’s idiosyncrasies or filmography, who can make even the most pontificating blocks of dialogue sound natural. Both appear to approach their character, not with the idea of being in a good Woody Allen movie, but rather just a good movie and at least in regard to their interactions it pays off well.

The fine precedent set by the film’s stars resonates with the rest of the strong supporting cast, many of whom, like Simon McBurney (Tinker Tailor Soldier Spy), who plays the fellow magician, and Dame Eileen Watkins (Gosford Park), who plays Crawford’s aunt Vanessa, have theatrical backgrounds, which befits the isolated home settings and dialogue intensive script well. Other than it’s stars, probably the most recognizable face for an American audience is Marcia Gay Harden (Pollock). 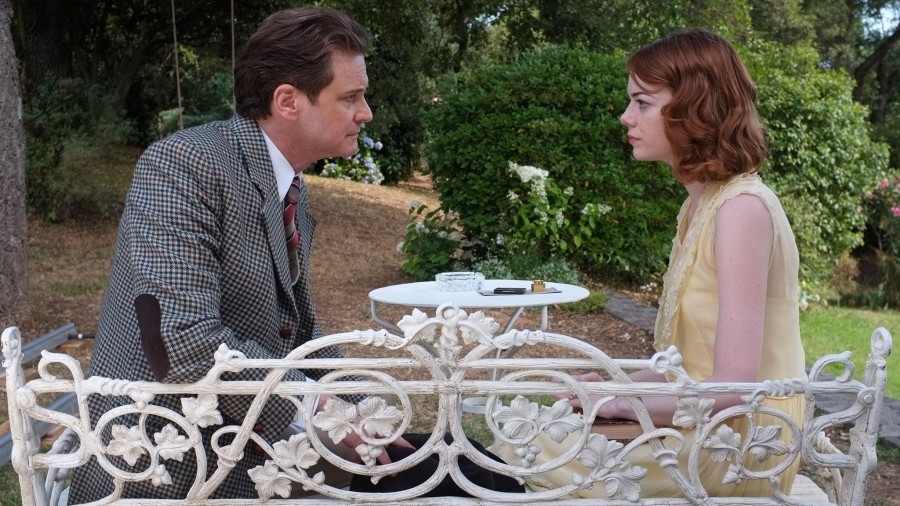 Most of the comedy is derived from Crawford’s sharp tongue and character repartee, but for what it’s worth, in a single moment near the end, the film achieves probably the best pay-off to a joke I’ve seen all summer. I don’t want to ruin anything, so I’ll just say it is a perfectly executed bit of physical comedy and still has me amused thinking about it.

Even though the film deals with heavier themes, like spirituality and the after-life, the proceedings are laid out with such a feather touch that they come across as something of a trifle. This isn’t wholly detrimental to the film, as it keeps things light and fun, but it does prevent Magic from having any significant emotional resonance. This easy-going approach has an effect on the love story element as well, which despite Firth and Stone’s delightful chemistry, never quite landed romantically. They seem better suited as an odd pairing that could match wits, than imminent lovers.

Allen’s film probably won’t change your life or effect your world view, but if you’re looking to spend 97 minutes wrapped up in beautiful scenery with desperately likable actors exchanging clever banter, then Magic In The Moonlight may be just the film for you.

Rated PG-13 for a brief suggestive comment, and smoking through out.