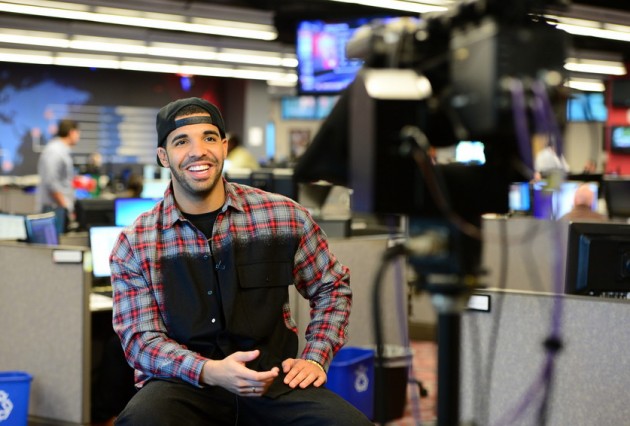 Host Drake will be joined on stage by the world’s premier athletes and some of Hollywood’s biggest stars when The 2014 ESPYS Presented by Capital One come to Los Angeles. The 22nd annual celebration of the best moments from the year in sports will betelevised live from the Nokia Theatre L.A. on Wednesday, July 16, at 9 p.m. ET on ESPN.

The ESPYS gather top celebrities from sports and entertainment to commemorate the past year in sports by recognizing major sports achievements, reliving unforgettable moments and saluting the leading performers and performances. The 2014 ESPYS will recognize both sport-specific achievements, such as “Best MLB Player” and “Best WNBA Player,” and best-in-sport winners, such as “Best Team” or “Best Female Athlete” that pit nominees from different sports against each other.

Additionally, the internationally acclaimed, Grammy-winning group Ozomatli will perform as the ESPYS house band. Ozomatli, who have been tapped as Cultural Ambassadors for the U.S., are also promoting their new album “Place in the Sun.”

This year, ESPN is also expanding its 21-year effort to help find a cure for cancer with a day-long fundraising drive across multiple platforms called “ESPY Day Benefitting The V Foundation for Cancer Research.” ESPY Day will begin at midnight ET on July 16 with integrated fundraising messaging across ESPN networks culminating with a special simulcast of the ESPYS on ESPN2 at 9 p.m. The simulcast will include fundraising elements and heavy social media integration of the hashtag #DontEverGiveUp, inspired by Jim Valvano’s iconic speech at the 1993 ESPYS.

For more information go to http://espn.go.com/espys/2014/

Music
5 Seconds of Summer Will Heat Up Los Angeles

Lifestyle
To Do List: The 2014 OC Fair Opening Weekend

Food & Drinks
Where Is The Best BBQ In America? OpenTable Releases The 30 Best Of 2014