Movie Review: "Words and Pictures" Is As Dull As Its Title 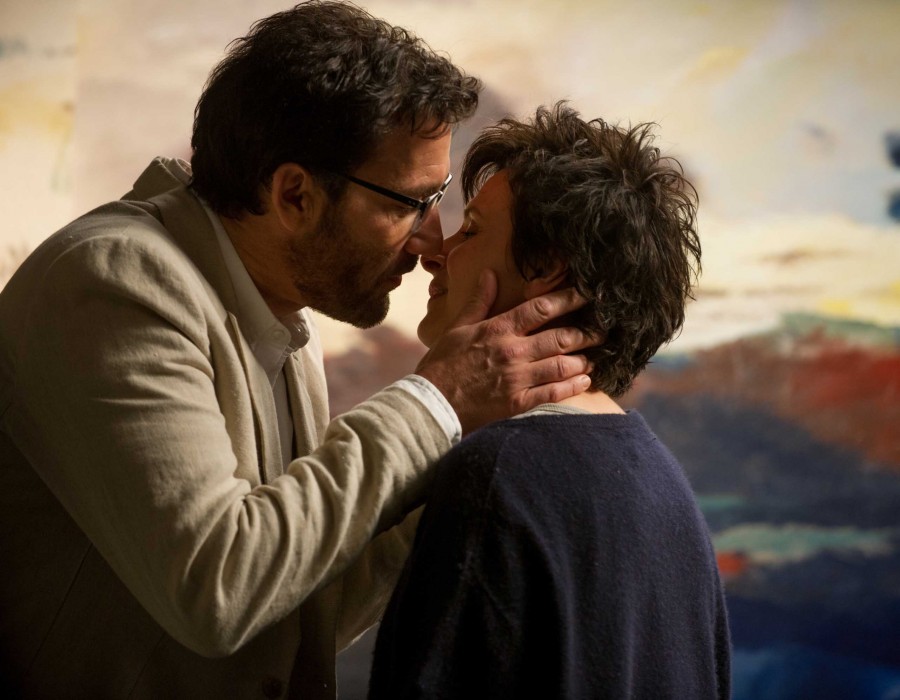 For the more intellectually minded, the spring and summer months are a rough time to be a moviegoer. With the onslaught of superhero spectacles and lowbrow comedies that populate these seasons, there is little room for smart, character-driven films that appeal to an often overlooked demographic. So when a film such as “Words and Pictures,” a light romantic drama starring Clive Owen and Juliette Binoche, comes along, one tends to get their hopes up.

Unfortunately, despite solid lead performances, witty dialogue, an inviting setting, and a well-respected director at the helm, “Words and Pictures” fails to deliver as worthy counterprogramming.  What may have seemed on the page like an intelligent prestige picture with admirable intentions, comes off as bland and uninspired on the big screen, mostly due to the dialogue-heavy, cliché-riddled screenplay. And while the chemistry between the two leads makes the film somewhat palatable, the premise is not meaty enough to sustain its two hour running time.

Owen plays Jack Marcus, an English teacher at Croyden Preparatory School in Maine. A brilliant lecturer capable of translating his passion for literature into lively discussions, Jack was once a promising young writer but has since let his talents become diluted by the vodka he fills in his coffee thermos each morning. 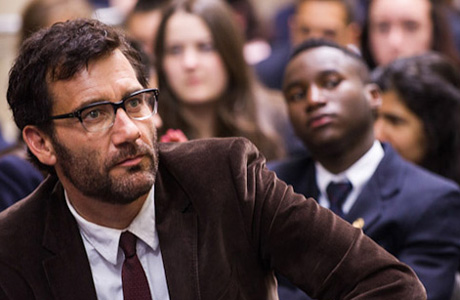 Jack is convinced that his drinking is purely recreational, but based on his strained relationship with his son, not to mention his increasingly inept attempts at editing the school’s literary magazine; the booze has clearly taken its toll. With a performance review looming and Jack’s literary magazine on the verge of being discontinued, he needs to do something to prove his indispensability.

Binoche plays Dina Delsanto, an accomplished painter who is hired as the new art instructor at Croyden. Plagued by debilitating rheumatoid arthritis, Dina struggles to cope with her disease while adjusting to her new surroundings. Having lost her skill set on account of her condition, Dina also has to learn a new method of painting.

Since the school’s decision to discontinue Jack’s literary rag is based on cost cutting, he finds it ludicrous that the school would allocate their resources to hire an art instructor. In his characteristically flirty manner, Jack imparts this sentiment to Dina, and so begins a battle of intellects over which is the superior art form, words or pictures. This war starts off playful enough, but after Jack catches wind that Dina told her students that “words are lies,” he formally declares war, the winner of which will be decided at an end-of-the-year debate. 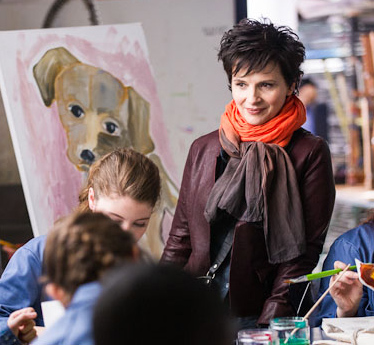 While this war is being waged in the classroom, Jack and Dina fight other battles in their personal lives – Jack with his alcoholism, and Dina with her crippling disease.

Wanting to be this generation’s great teacher film like “Dead Poet’s Society,” but falling far short of the mark, “Words and Pictures” is weighed down by the relatively inconsequential nature of its premise. This alleged war between words and pictures feels more than anything like an excuse for the film’s two leads to initially butt heads only to predictably fall for each other later on. And while the best classroom scenes effectively capture the infectious enthusiasm created by a good teacher, the film also feels surprisingly dated and out of touch with today’s culture.

Working from a screenplay by Gerald Di Pego, director Fred Schepisi (“Six Degrees of Separation,” “Roxanne”) excels at drawing out compelling performances from his leads, and the film is most enjoyable when it’s focused on their struggles as opposed to gimmicky subplots like a jock’s mean-spirited attempts to hit on a classmate.

You can feel the gentle touch of an actor’s director behind the scenes of Jack and Dina’s budding relationship, as well as the compassionate depiction of Dina’s disease and most evidently, Jack’s coming to terms with his alcoholism. Much of what doesn’t work about the film stems from the dramatically deprived screenplay that moves like molasses, while dimensionless peripheral characters – the arrogant jock, the sensitive artist, the no nonsense dean – only add to the fabricated vibe pervading the film.

Overall, “Words and Pictures” is an unremarkable two hours that would be better spent writing words or painting pictures of your own. If you’re looking for a worthy substitute to the summer blockbuster deluge, my advice is to go with “Chef” or “Locke” instead.