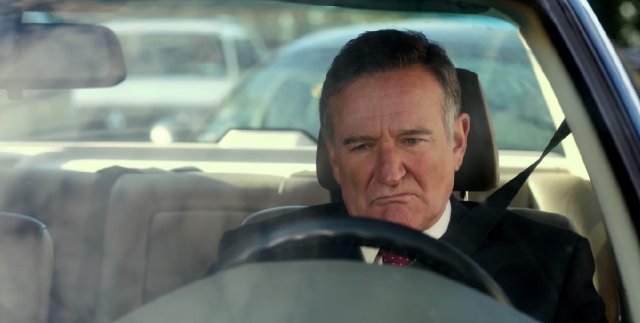 Robin Williams plays an easily riled-up Brooklynite, who is mistakenly informed by his doctor that he has 90 minutes to live in The Angriest Man in Brooklyn. Unfortunately, the foul mood of the titular character is contagious to the viewer and gives way to an overall irritating film that not even a stellar supporting cast Mila Kunis (Black Swan, Ted), Peter Dinklage (Game of Thrones), Melissa Leo (Oscar winner for The Fighter) and even James Earl Jones can help.

After a car accident, Henry Altmann (Williams) visits his doctor. He is dismayed to find that he must see the replacement doctor, Sharon Gill (Kunis), who has plenty of issues of her own. Gill then has the unfortunate displeasure of informing the irate Altmann that he has a deadly, undiagnosed brain aneurysm. The news throws Altmann into a rage and Gill blurts out that he has 90 minutes to live. Despite having doubts about his limited time left, Altmann travels around his borough trying to connect with the friends and family he’s alienated in his life. Meanwhile, Gill pursues him in order to rectify her egregious malpractice. 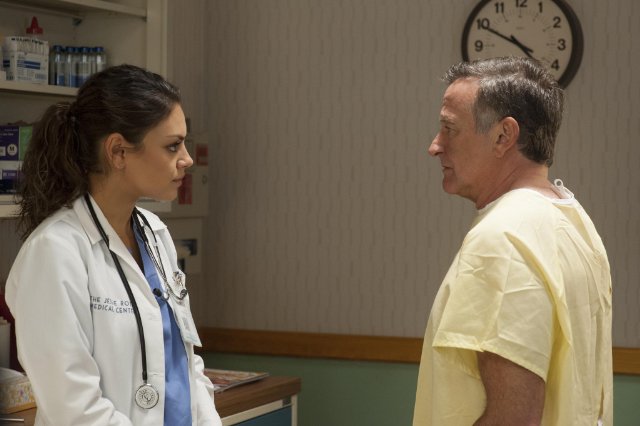 Putting aside the preposterousness of the basic premise, the main issues with Angriest Man are tonal. The film never hits the right pitch for the kind of dark comedy it’s attempting to be. The tonal issues start with its star Robin Williams.  In order for a main character that’s essentially a jerk to work, there has to be some charm about them or, at the very least, they should be funny. Jack Nicholson in As Good As It Gets comes to mind as an example. Williams’ Altmann does have a backstory that is supposed to serve to excuse his behavior, but the portrayal still feels one-note. Since Williams is the spearhead of the film, the misfire of his performance throws off the rest of the movie. He’s like a bad warm-up comedian getting the line-up off on the wrong track. Williams has made a career out of his excitable, manic shtick, but has also been revelatory in his darker roles like One Our Photo and Insomnia. In Angriest Man In Brooklyn, the character of Altmann is somewhere in between those two personas and that mish-mash seems to cancel out what made either of those types of previous portrayals interesting or amusing. 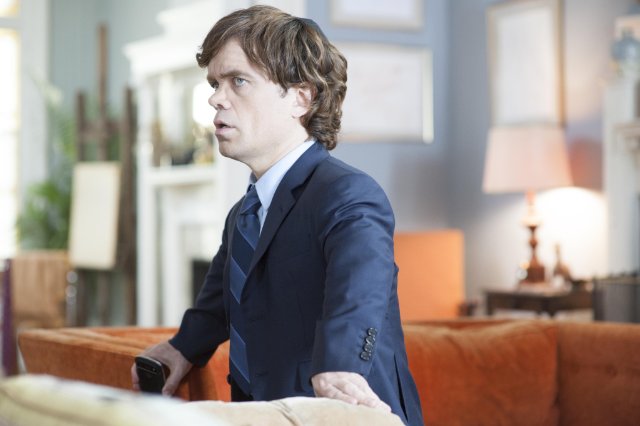 The only one who seems to have any idea what kind of comedic tone this type of movie needs is Kunis. Even with all of the strong work Kunis has done recently, it’s still interesting to think that the actress who rose to fame not too long ago in an irreverent “That ‘70s Show” sitcom is out-performing everyone in a movie with critically acclaimed heavy hitters like Williams, Leoand Dinklage. Perhaps something similar could have been said about Williams’ post-Mork And Mindy.

The problems are not limited to the performances. The direction is stagey and the writing so expository that I thought it must have been based on a play. As it turns out, it’s not based on a play, but rather an Israeli film written and directed by Assi Dayan called The 92 Minutes of Mr. Baum. I can only imagine that film has more qualifying merits than its American counterpart would indicate. At the helm of the adaptation is veteran director Phil Alden Robinson (Field of Dreams), who is unable to use his vast experience and skill to breathe life into the film.

It’s some kind of irony that a movie whose ultimate message is about how precious even 90 minutes of a person’s life is, can be so flagrantly wasteful of its viewer’s time. Maybe that’s the point. Maybe Angriest Man in Brooklyn was trying to make its viewers appreciate their own time more by making them aware of every minute that passes by while watching it. Or more likely – it’s just not a very good movie.

Rated R for language throughout and some sexual content