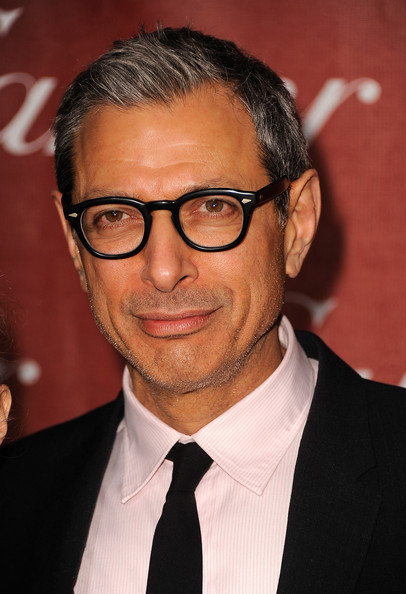 The 2014 Tribeca Film Festival, presented by AT&T, today announced its jurors – a diverse group of 33 industry leaders, including award-winning filmmakers, writers, producers, acclaimed actors, respected journalists and entrepreneurs. The jury will be divided among the seven competitive Festival categories. The winning films, filmmakers and actors in each category will be announced at the TFF Awards Night ceremony on April 24. The 2014 Festival runs from April 16 –27.

“The diverse group of voices that make up this year’s jury will make for very interesting deliberations,” said Jane Rosenthal, co-founder of the Tribeca Film Festival.

The seven TFF juries will award $150,000 in cash and prizes. Announced earlier this year, 8 of the winners will also receive a work of original art by an acclaimed artist as part of the Tribeca Film Festival Artists Awards program, sponsored by CHANEL. In addition to the Festival’s main competition juries, the three jurors for the second annual $25,000 Nora Ephron Prize, recognizing a female writer or director, were also announced...

The jurors for the 2014 World Documentary Competition are:

The jurors for the 2014 Best New Narrative Director are:

The jurors for the 2014 Best New Documentary Director are:

·Heather Graham: Independent Spirit Award-nominated actress for her breakout role in Gus Van Sant’s Drugstore Cowboy. Additional credits include Swingers, Boogie Nights,  Austin Powers: The Spy Who Shagged Me, The Hangover 1 & 3, and At Any Price.

·Nate Parker: Actor honored as one of Variety’s 2012 “10 Actors to Watch” and Sundance fellowship recipient for his screenplay for the Nat Turner biopic, Birth of a Nation. Film credits include The Great Debaters, Arbitrage, Red Hook Summer, The Secret Life of Bees, Red Tails, Ain’t Them Bodies Saints, and Non-Stop.

·Michael Stuhlbarg: Golden Globe Award-nominated and Independent Spirit Award-winning actor best known for his role in Boardwalk Empire, which won him two SAG Awards. Film credits include A Serious Man, Blue Jasmine, Lincoln, Hitchcock, and Hugo; television credits include Damages and Studio 60 on the Sunset Strip; theatrical credits include The Invention of Love, Cabaret, and The Pillowman, for which he received a Tony Award Nomination and Drama Desk Award.

The jurors for the 2014 Narrative Short Film Competition are:

·Alfonso Arau: Award-winning Mexican character actor and prominent filmmaker of the Latino community in Hollywood. He made his American debut in The Wild Bunch and achieved international acclaim for directing Like Water for Chocolate, one of the most successful foreign-language films ever released in the U.S.

·Whoopi Goldberg: One of an elite group of artists who have won an Academy, Grammy, Emmy, and Tony Award. Film and television credits include The Color Purple, Ghost, Sister Act, Boys on the Side, The Lion King, For Colored Girls, and The View on ABC. She made her directorial debut with the 2013 TFF selection Whoopi Goldberg PresentsMoms Mabley.

·Christine Lahti: An Emmy, Golden Globe and Oscar-winning actress and director of film, television, and theater.

·Sheila Nevins: President, HBO Documentary Films. She has been responsible for overseeing the development and production of more than 1,000 documentaries for HBO, HBO2, and Cinemax. As an executive producer or producer, she has received 26 Primetime Emmy® Awards, 31 News and Documentary Emmys®, and 37 George Foster Peabody Awards. During her tenure, HBO’s critically-acclaimed documentaries have gone on to win 23 Academy Awards®.

·Paul Wesley: Actor currently starring in the CW’s Vampire Diaries. Made his directorial debut with the episode “Resident Evil.” He co-produced and co-starred in the feature film Before I Disappear, which premiered in competition at the SXSW Film Festival. Film credits include Shot in the Heart, Peaceful Warrior, Baytown Outlaws, Roll Bounce, and the forthcoming Sam & Amira. Television credits include Fallen, Everwood, American Dreams, 8 Simple Rules, and 24.

The jurors for the 2014 Documentary and Student Visionary Award Competitions are:

·Lindsay Burdge: Actress, producer, and casting director who has starred in films screened at Tribeca, Sundance, and SXSW Film Festivals. Credits include A Teacher and First Winter as well as the soon-to-be-released The Midnight Swim and Some Beasts.

·Toni Collette: Australian Emmy and Golden Globe Award-winning actress. Best known for her performances in Muriel’s Wedding, The Sixth Sense, for which she received an Academy Award nomination, About A Boy, The Hours, Little Miss Sunshine, the acclaimed Showtime series The United States of Tara, The Way, Way Back, and Enough Said. She is currently co-starring in The Realistic Joneses on Broadway and will next appear in the upcoming films Lucky Them and A Long Way Down.

·Regina Dugan: Vice President of Engineering at Google named Fast Company’s “Most Creative People in Business 1000” and CNN’s “Top 10 Thinkers.” She leads the Advanced Technology and Projects group charged with breakthrough innovations in mobile computing and accelerating the development of promising technologies to market.

·Anton Yelchin: Critically-acclaimed actor with performances in Star Trek, Terminator Salvation, The Beaver, and Charlie Bartlett. He was honored for his starring role in Like Crazy with the “Artist to Watch” Award at the 2011 Aspen Film Festival and the “Hollywood Spotlight Award” at the 2011 Hollywood Film Festival. Upcoming films include Only Lovers Left Alive, Cymbeline, Rudderless, and 5 to 7, which will premiere at the 2014 Tribeca Film Festival.

The jurors for the 2014 BOMBAY SAPPHIRE Award for transmedia are:

·Paola Antonelli: Senior Curator of Architecture and Design at MoMA whose work investigates design’s influence on everyday experience. Appointed to direct a new research and development initiative in 2012 and named one of the top 100 most powerful people in the world of art by Art Review.

The jurors for the 2014 Nora Ephron Prize are:

·Delia Ephron: Best-selling author, screenwriter, journalist, and playwright. Film credits include Sleepless in Seattle, You’ve Got Mail, The Sisterhood of the Traveling Pants, Michael, and Hanging Up. She has written numerous novels, non-fiction essays, humor books, and a hit play, Love, Loss, and What I Wore, in collaboration with her sister Nora Ephron.

·Natasha Lyonne:  Successful on stage and screen, Natasha Lyonne continues to display her creative versatility and talent after more than two decades in the industry. She will soon return as “Nicky Nichols” in Orange Is The New Black, the popular Netflix drama series.