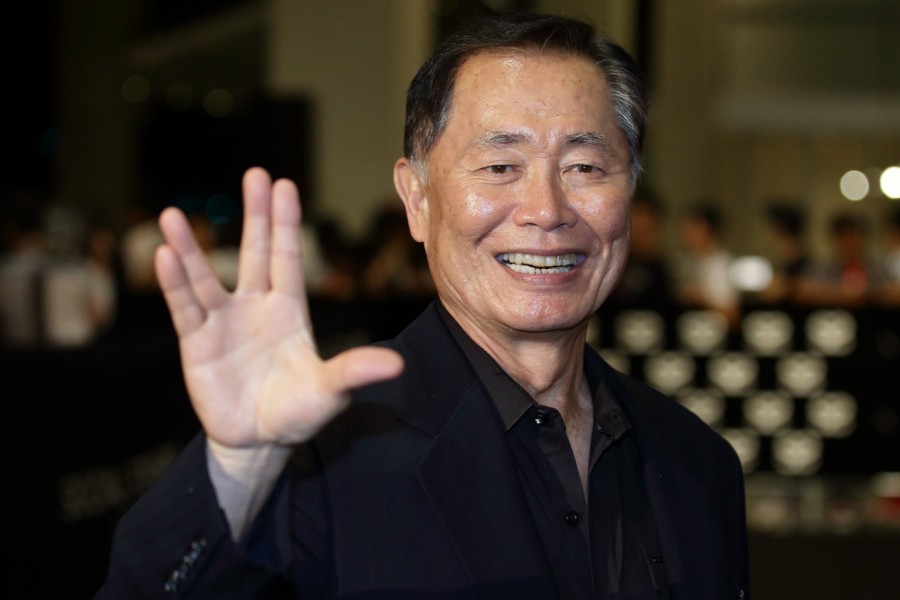 TO BE TAKEI chronicles actor, artist, activist and icon George Takei’s life history with wit, grace and whimsy: from his days on the popular television series STAR TREK, to his civil rights and marriage equality advocacy. TO BE TAKEI received its world premiere at the Sundance film festival, where it quickly became an audience favorite.

Visual Communications, the nation’s premier Asian Pacific American media arts center, announced its program of outstanding films for the upcoming  festival beginning May 1- 11, 2014 at the Director’s Guild of America (DGA), CGV Cinemas located in Koreatown, the Tateuchi Democracy Forum at JANM in Little Tokyo, and the historic Art Theatre of Long Beach.

“It is exciting and appropriate for our festival to open with TO BE TAKEI,” states Anderson Le, Festival Artistic Director.  “For us, he’s been an iconic figure and one of the first Asian American actors to achieve mainstream stardom in Hollywood. George is not only a pioneer, but also he is also one of the most outspoken and media savvy celebrities working today.  The film tells his whole story from his acting to his activism to his amazing personal life, which is now wide open for everyone to see.  He is a living legend and kicking off our celebration of 30 years of Asian American filmmakers and artists with his life story will be historic.”

The Festival Centerpiece presentation, the road-trip comedy FARAH GOES BANG, directed by Meera Menon follows a woman in her 20s who tries to lose her virginity while on the road campaigning for presidential candidate John Kerry in 2004.  Menon’s feature directorial debut, premiered at the Tribeca Film Festival and she was awarded the Nora Ephron Prize for groundbreaking woman filmmaker. FARAH GOES BANG will screen on Sunday, May 4 at the DGA.

The 2014 narrative competition line-up includes:
• BRAHMIN BULLS by Mahesh Pailoor
• CHU AND BLOSSOM by Charles Chu and Gavin Kelly
• CICADA by Dean Yamada
• FARAH GOES BANG by Meera Menon
• HOW TO FIGHT IN SIX INCH HEELS by Ham Tran
• A LEADING MAN by Steven Kung
• A PICTURE OF YOU by J.P. Chan

For program information, a complete listing of sponsors and partners, and to purchase tickets, log on to www.vconline.org/festival  or contact Visual Communications at (213) 680-4462 x59.  Tickets go on sale on Friday, April 4, 2014.