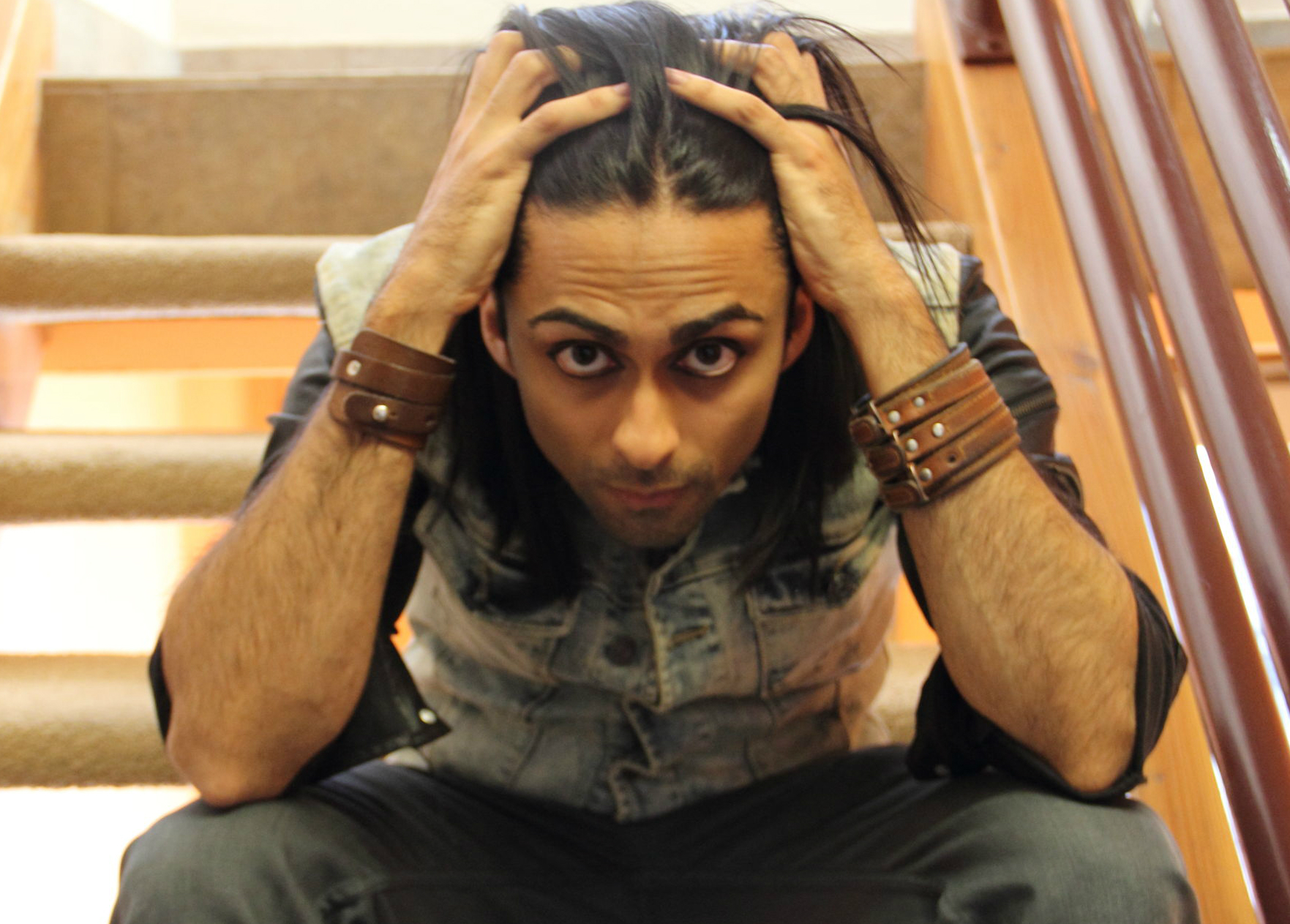 Adi Shankar is not just a producer, he is an architect of film. For him, making movies is much more than budgeting and financing. He is a creator from beginning to end; from the initial plot idea to the development of characters. I first discovered his work through the short film, “THE PUNISHER: #DIRTYLAUNDRY.” The project caught viral attention for Adi’s unique twist and resurrection of the protagonist from a previous feature film. I was intrigued by his shock value content and bloody Tarantino’esque action. As I got to know his other films, it became very clear that Adi has a specific style.

He is certainly among the newest crop of producing talent, with his finger on the pulse of making movies for a new silver screen: the internet. While Adi understands the power of the web, he has also had the opportunity to produce box office feature films. When I met him at Sundance in January, he was premiering his latest movie, “The Voices.” It didn’t take long for me to realize that Adi is not your ‘by the book’ producer. I would have thought I was speaking to a painter, or even a poet if I didn’t already know who he was. While many producers have a down-to-business aura about them, Adi is very philosophical in his thinking.

Knowing that most of his films are heavy in violence and gore, I first asked him about why he chooses these specific types of projects:

“It dawned on me quite recently that I don’t have a comfort zone. I’m constantly uncomfortable. So, I like making other people uncomfortable, but not in a way that freaks them out."

His first critically acclaimed film, “The Grey” starring Liam Neeson is a testament to Adi’s style. After its release in 2011, he became the youngest producer ever to have an independent film open number one at the box office. For the most part he works on movies with outlandish plot ideas, which tend to be quite extreme. “The Voices” is a perfect example. Starring Ryan Reynolds, the bizarre story follows a schizophrenic man’s struggle with becoming a serial killer. While there are humorous parts to the film, its eeriness and overflow of blood is enough to make an entire theater squirm in their seats, or, as Adi said, “uncomfortable.” It was clear by the smile on his face that he was happy with the end product.

“I’m genuinely proud of the movie. I lived in Berlin for three months making it. I want to work with Ryan Reynolds again, who is great.”

He expressed his enjoyment in having the opportunity to work with Oscar nominated director, Marjane Satrapi (“Persepolis”). “Marjane Satrapi is an inspirational figure. I want to support more female directors.”

Adi has created films with a number of notable directors and actors, from Marc Forster (“Machine Gun Preacher”) to Brad Pitt for “Killing Them Softly” and with Mark Wahlberg on both “Broken City” and his most recent box office hit, “Lone Survivor.” But Adi speaks less about the star quality and A-list names connected to his movies, and more about the concepts behind them. 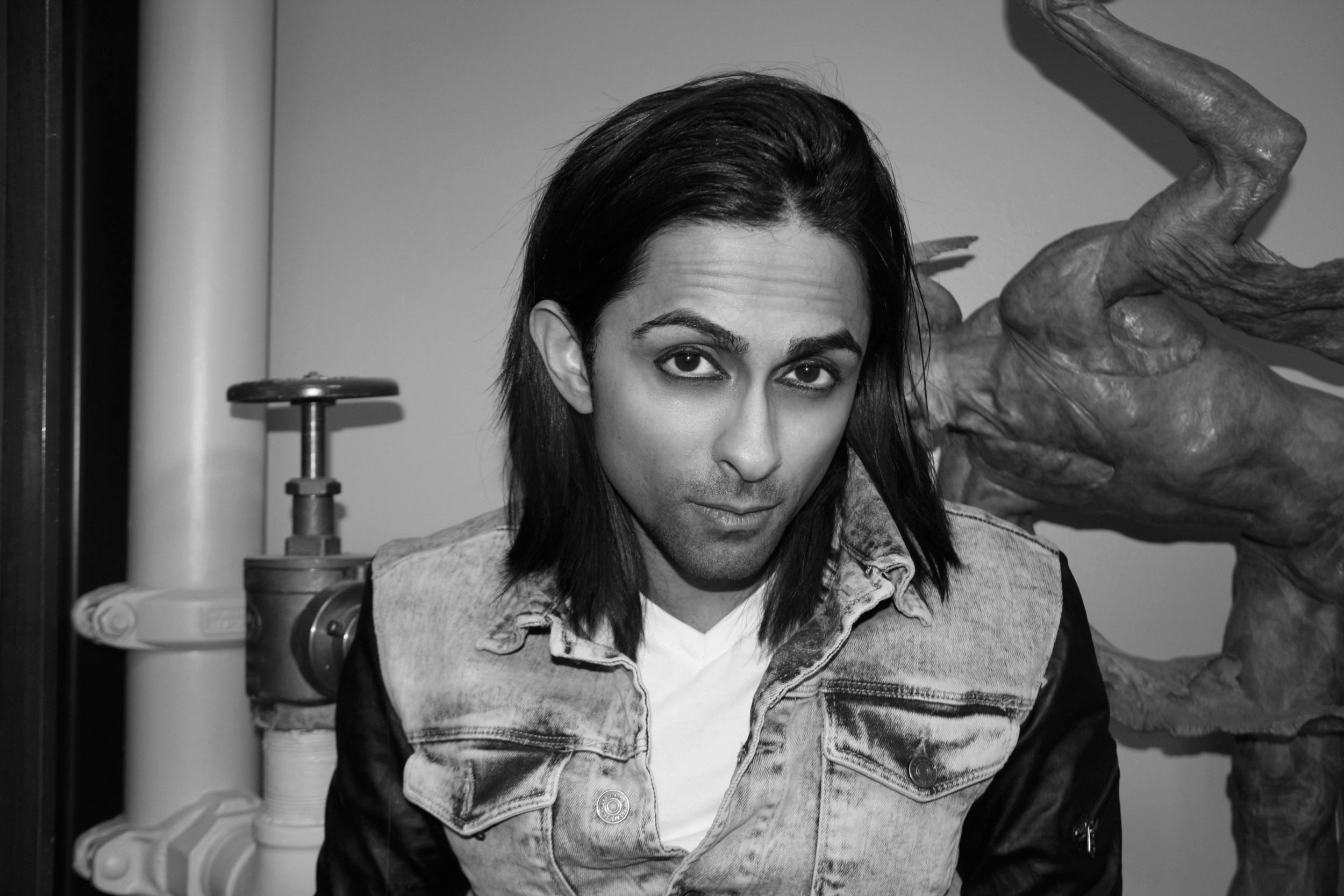 Since we live in a day and age where many blame everyday acts of violence on media influences, there may come a time when someone questions Adi’s choice of violent genres. But he has a response in defense: “I’d ask, what’s worse: violence as it actually exists or a dude jumping out of a fast moving vehicle catching a woman who was thrown out of a fast moving vehicle. “Fast and Furious,” for instance.. there is still violence but it’s over the top and there are no consequences for it. In all of my movies, there are always consequences for the violence. No one walks away and says ‘Woo hoo, I saved the day.’”

That brings us to his short films, which have attracted millions upon millions of viewers. The shorts are what I’d like to think of as Adi’s “creative babies.” These are his passion projects, from “THE PUNISHER: #DIRTYLAUNDRY” to “VENOM: #TRUTHINJOURNALISM.” Adi enjoys creating extensions of characters from other films. “THE PUNISHER,” which stars Thomas Jane and Ron Perlman, is a reprise of Jane’s role from the 2004 film “The Punisher.” It’s a 10 minute good guy vs. bad guy story with a whole lot of ass-kicking and blood spurting. The short has rocketed to 4.5 million views on YouTube and made a name for the Adi Shankar brand.

“I like doing them because, until someone sues me, I don’t have to answer to anyone.” Sometimes it can be tricky to re-locate a character from a different film into a new project, as Adi explained.  “Before I made a legitimate film, I used to call Rights Holders for their intellectual property. I’d keep calling until they’d meet with me. I would say,“hey, you should give me the rights to your character.” They would say hey, ok what’s your movie idea. And my idea was always some wacked out version or concept of the character. Most of the time they would find it offensive. But I wasn’t trying to be. I was trying to look at these things through a different lense.”

The producer enjoys dusting off the character cobwebs and breathing life back into beloved roles. “THE PUNISHER” started out as a project made by Adi and his friends. He had only expected, at the most, 100 people to see it.

“It was all friends. Thomas James is a good friend of mine. One of the perks of breaking into producing early is that I have friends who have been doing this for years. If you look at “Dirty Laundry..” it has all the cliches of a Western, just in a new wrapper. It looks completely new, fresh and original. Ron Perlman’s character, for instance, is the ‘bartender in the saloon.’ The man with no name enters some town minding his own business and the local hooligan is creating problems. There’s no sheriff. And finally, there’s the little boy who says, “help us mister.” The only thing that’s missing is the little kid running after the van screaming, “Wait we need your help, stay here.” It’s simply a Western.”

As fanboys of Adi’s short films anticipate a new short project, they won’t have to wait much longer. He has something in the mix that will upload to YouTube soon enough. For filmmakers today, the internet is just as strong of a screening platform as the local movie theater. Adi is a supporter of sharing film works online.

“There’s something really cool about that. Literally a few years ago you couldn’t do that. It just simply was not possible. I’m working on a bunch.” 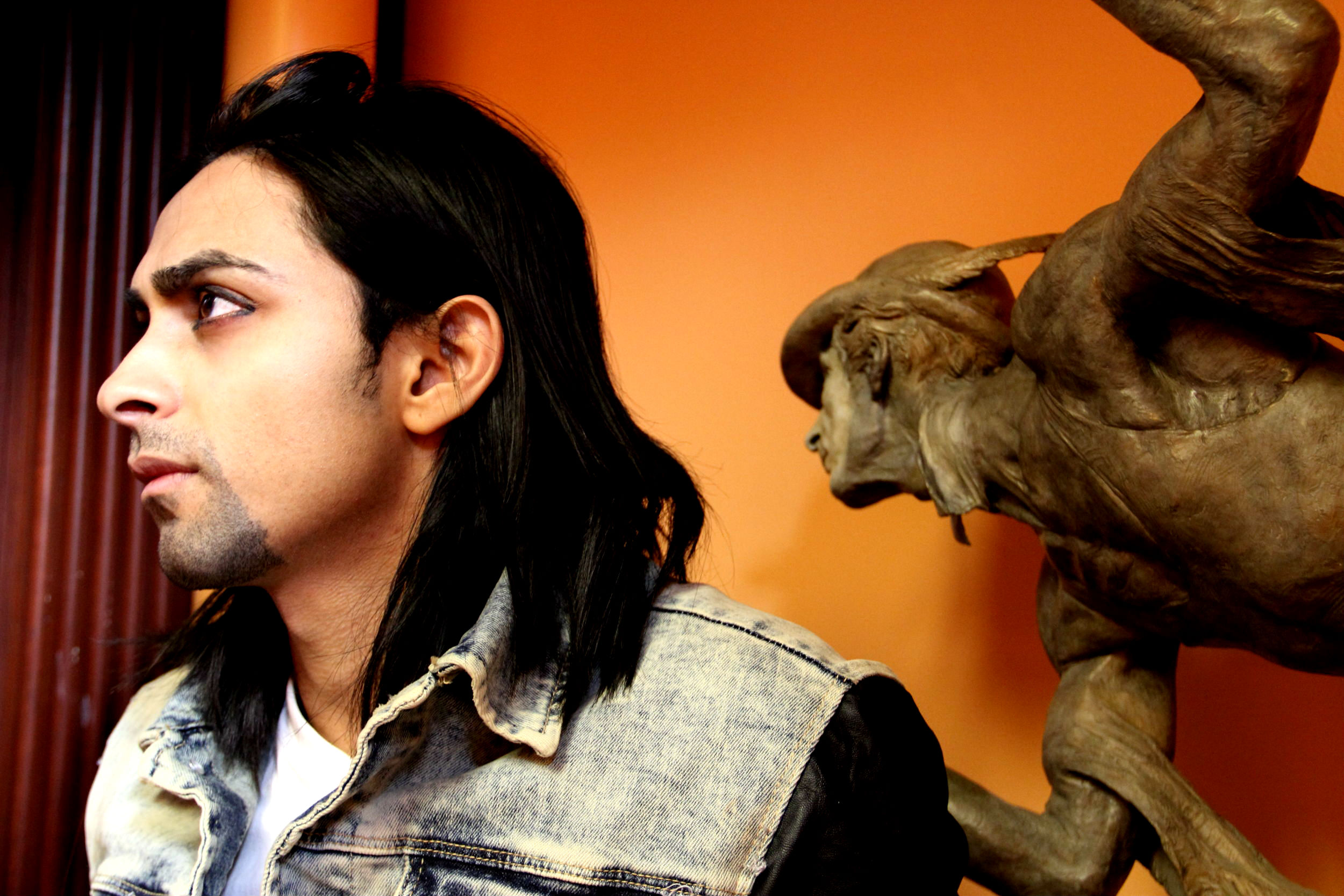 But when it comes to working, I was curious about Adi’s process as a producer.

“I have not been doing this nearly long enough to have a process. From my study of businesses, when most of these great companies start, they tend to be a few people in a garage or an office throwing things against a wall to see if it will stick. Then these companies grow. What is the process that made the company successful? It was never the ‘process,’ it was the content. The person is driving the content. I’m fundamentally saying that I don’t have a process. I think that the moment you have a process, you turn into Saturday Night Live, where you were something that was once groundbreaking and inventive, but now you’re so caught up in a format. It wasn’t the process that made Apple successful, it was the content.”

For Adi, it is the initial idea of a story that drives him to jump on board and support the script or not. “It’s got to be different. The movie that looks and feels like every other movie, doesn’t exist anymore and here’s why… Today you have access to almost everything. In five years you will have access to everything that has ever been made in long form and short form. Now there’s going to be an emphasis on things being unique, original and having a voice.” Well, Adi’s movies are most definitely unique and stand out amongst the influx of movies that are made today.

With multiple films in the making, from features to shorts, Adi is building his brand and production company, 1984 Private Defense Contractors. While he acts in some of his films, we may see him direct or write in the future.

“I look at all of these things as platforms. For me, as long as I’m making content that people respond to. Maybe the point of it all is not about money, it’s simply about making an impact in other people’s lives. And if you can do that, maybe it’s just 100 people but it’s enough.”

Perhaps Adi is redefining the role of producer. With his avant-garde ways, we will absolutely be seeing more memorable stories from the Shankar brand.

Film
Movie Review: "Ride Along" Is No Joy Ride