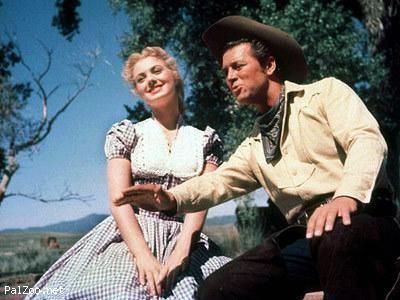 Turner Classic Movies will open the 2014 edition of the TCM Classic Film Festival with the world premiere of a brand new restoration of the beloved Rodgers & Hammerstein musical Oklahoma! (1955). TCM's own Robert Osborne, who serves as official host for the festival, will introduce Oklahoma!, with the film's star, Academy Award®-winner Shirley Jones, in attendance. Vanity Fair will also return for the fifth year as a festival partner and co-presenter of the opening night after-party. Marking its fifth year, the TCM Classic Film Festival will take place April 10-13, 2014, in Hollywood. The gathering will coincide with TCM's 20th anniversary as a leading authority in classic film.

In addition, the festival has added several high-profile guests to this year's lineup, including Oscar®-winning director William Friedkin, who will attend for the screening of the U.S. premiere restoration of his suspenseful cult classic Sorcerer (1977); Kim Novak, who will participate in a screening of the charming Bell Book and Candle (1958); actor Ryan O'Neal, who will introduce the depression-era comedy Paper Moon (1973); legendary documentarian Albert Maysles, who will return to the festival for a screening of his masterpiece Grey Gardens (1975);  filmmaker Ira Wohl, who will be on hand for his Academy Award®-winning documentary Best Boy (1979); and three-time Oscar®-winning film editor Thelma Schoonmaker (Raging Bull, The Aviator, The Departed), who will participate in a special conversation at Club TCM, the festival's central gathering point.

Among the many previously announced events slated for the 2014 TCM Classic Film Festival, TCM will honor legendary actor, filmmaker and humanitarian Jerry Lewis with a multi-tiered celebration of his remarkable career. Lewis will have his hand and footprints enshrined in concrete in front of the world-famous TCL Chinese Theatre IMAX. In addition, Lewis will be on-hand for a screening of one of his most memorable films: The Nutty Professor (1963). This year's TCM Classic Film Festival will also pay tribute to Quincy Jones, who will appear at multiple events during the festival, including a 50th anniversary screening of Sidney Lumet's powerful drama The Pawnbroker (1964), which marked Jones' debut as a film composer; and Richard Dreyfuss, with screenings of two of his most beloved films, The Goodbye Girl (1977) and Mr. Holland's Opus (1995).

Film
Animation Proves To Be A Hit: "The Nut Job 2" Is On Its Way