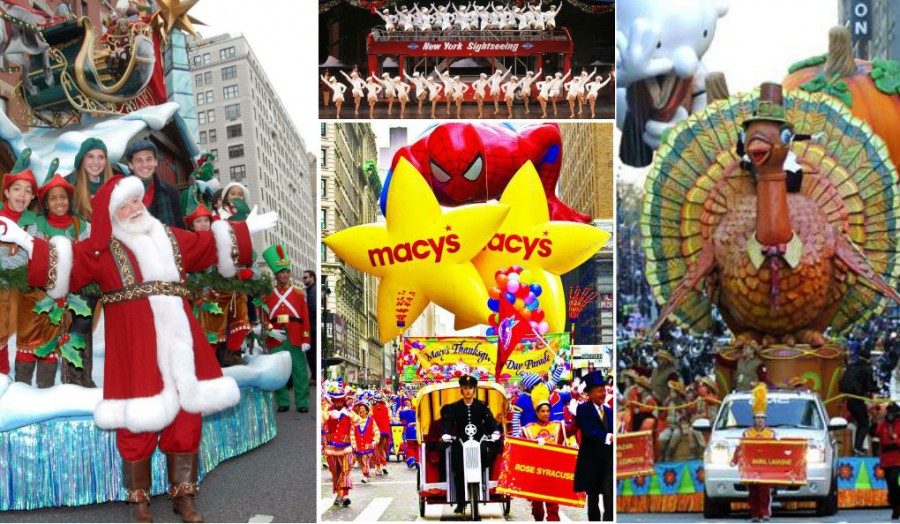 As always, on Thanksgiving morning NBC will air the famous 88th annual Macy’s Thanksgiving Day Parade® on Thursday, Nov. 27th. Broadway’s best shows will take to the streets of New York for special performances on the telecast of the annual spectacle (9 a.m.-noon in all time zones.)

Set for Thanksgiving Day are high-stepping numbers from this season’s Tony Award-winning Best Musical “A Gentleman’s Guide to Love and Murder,” Sting’s “The Last Ship,” “On the Town,” “Side Show,” and “Honeymoon in Vegas.” The Broadway spectacle will also feature a special sneak preview performance from NBC’s “Peter Pan Live!” which premieres Dec. 4.

For more than 35 years, Macy’s Thanksgiving Day Parade has been the premier showcase for Broadway talent, casting a major spotlight on its brightest stars and the best musicals hitting the theater boards in New York City. This year is no different, with Broadway vets including Idina Menzel (“If/Then,” “Wicked,” “Rent”), Sting (“3 Penny Opera”) performing with the cast of “The Last Ship,” and Nick Jonas (“How to Succeed…”, “Les Misérables”) also joining the festivities.

Routinely one of the highest-viewed entertainment spectacles with more than 50 million viewers stemming from its original and encore presentations, Macy’s Thanksgiving Day Parade on NBC will also feature a return of the Radio City Rockettes®.

Breaking News
How Much Do Shoppers Really Spend On Black Friday?