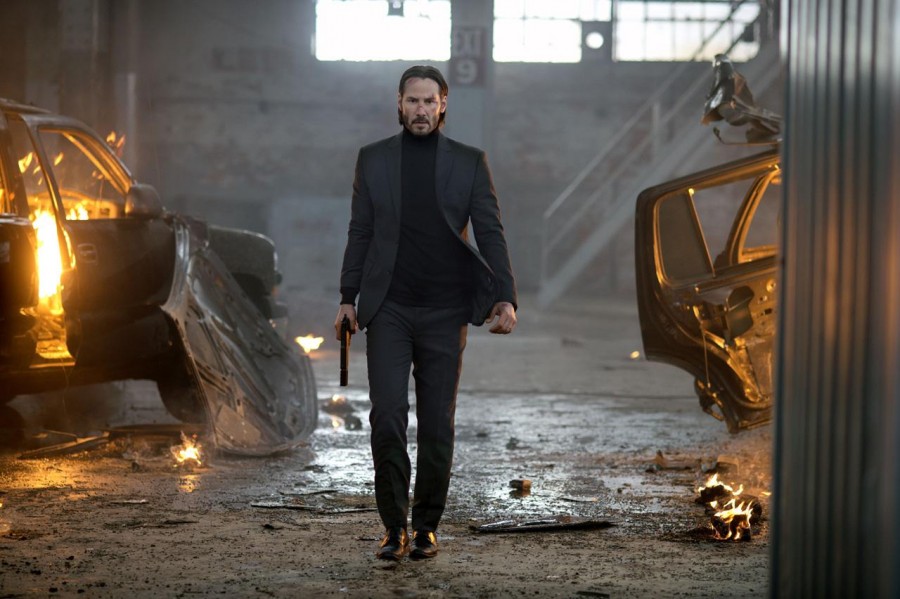 What better person to direct Keanu Reeves in his latest action picture than the person that probably knows him better than anyone else in Hollywood. Chad Stahelski — making his directorial debut — has been Reeves’ stunt double for over a decade and has helped the star achieve acclaim in such films as “The Matrix” and “The Replacements.”

While the end result of their collaboration — this Friday’s “John Wick” — may not have the best premise in Hollywood revenge film history, the movie as a whole is a thrill ride. Bloody, bone-crushing, and stylish in more ways than one, “John Wick” is a huge step in the right direction for Reeves’ acting resurgence compared to his last film “47 Ronin."

Revenge films all have, more or less, the same plot trajectory. A bruised and battered hero watches as a loved one — mother, father, wife, child, etc. — is murdered or kidnapped right before his or her eyes. Said hero takes it upon himself to right the wrongs heaped upon him. Blood. Death. Blood. Death. The End. There’s nothing wrong with this type of story. Actually, some of my favorite movies are revenge films. But with that being said, there’s just not that much wiggle room in its narrative composition. “John Wick” at its core, falls into this category as well — but with a slight twist at least! 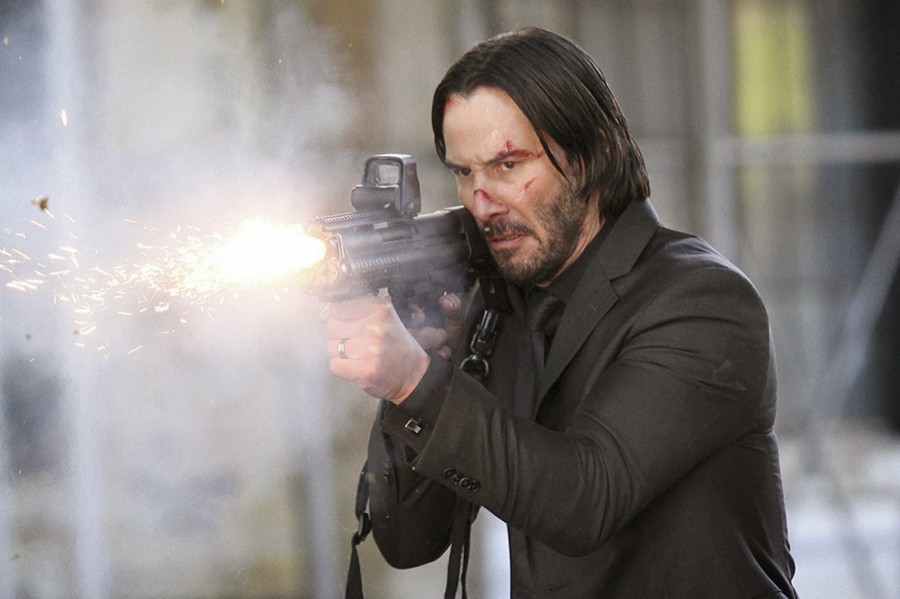 If you couldn’t tell already, Reeves plays the title character. John is one of those silent, sensitive types. Very early on, we see his wife die unexpectedly due to some sort of Cancer-esque disease. This sudden death makes John even more sullen. Luckily, days after his wife’s passing, he is met with an unexpected gift in the form of a puppy sent to him by his wife before she passed away. Unfortunately, this new companion is stripped away from the man just as quickly as it comes into his life when a group of Russian mobsters break into his house, steal his car, and kill his pet. Talk about not being able to catch a break…

Unlike most people that come face to face with scary Russian mobsters, John isn’t afraid to fight back. That’s also because he used to be the meanest murderer in the Tri-State area. He even has a sweet nickname to prove it. In Russian he is known as Baba Yaga, aka the Boogey Man.

It doesn’t take a film expert to deduce that “John Wick” is the brainchild of a stuntman. All of the movie’s action scenes are gorgeous in their brutality. But more than that, its screenplay is leaner than a stuntman’s six-pack abs. Penned by first-timer Derek Kolstad, the narrative skips all of the pointless exposition and instead doubles down on the good stuff — fight scenes, car chases, and some badass weapon work. Like I said before, the sheer notion that a former mobster would come out of retirement in order to seek revenge for his dead dog is ludicrous. But even this is somehow forgotten in the ensuing on-screen mayhem.

Even though we know next to nothing about the film’s protagonist, the audience cannot help but jump on board because: 1) Wick’s dead dog was so damn cute, and 2) there really isn’t enough time to allow the premise to seep into your head before the action begins. 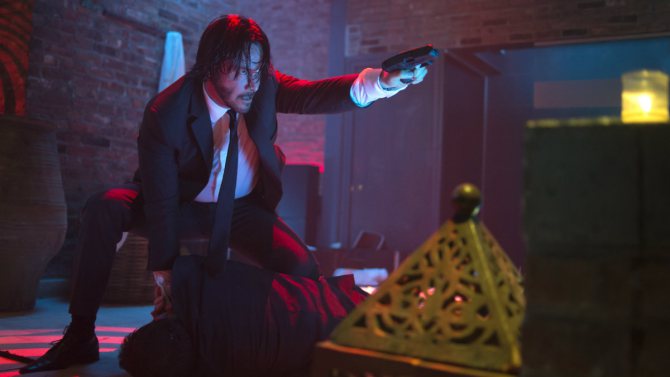 While the majority of modern day movies take the time to develop the hero character, “John Wick” thankfully opts to do things differently. The audience for this type of movie doesn’t care to watch John feed his dog 'Kibbles 'n Bits' every morning. They want to see heads explode and cars turn into tragic pieces of twisted metal. Right from the get-go, we get a little bit of both.

The Russian thugs primarily responsible for suffering the most casualties during the film’s just over an hour and a half running time, are the ones belonging to crime boss Viggo Tarasov (Michael Nyqvist). The mere mention of Wick's name strikes fear and awe in the seedier parts of the city.  Let’s just say that his reputation precedes him.

This knowing sense of humor is something that resonates throughout the film. It is partly due to Reeves’ excellent performance, but mostly because Stahelski punctuates all of the brain-numbing action with some excellent decisions. Chief among these are his cameo choices — Willem Dafoe (Spider-Man) and Ian McShane (TV’s “Deadwood”) are especially great. In addition, the director includes some pretty funny self-reflexive observations about the action genre as a whole.

Nothing captures this concept more than the hotel that Wick stays in as he works his way through the criminal underworld. It is a fancy, discreet hotel that caters exclusively to hit men for hire. The desk clerk — perfectly played by Lance Reddick (TV’s “Fringe”) — offers Wick everything from a doctor to heal his bumps and bruises to a bottle of whiskey to help ease away the stress after a long day of killing bad guys.

For a stunt double turned movie director, Chad Stahelski knocked his directorial debut out of the proverbial park. If action is your genre of choice, it’s going to be hard not to come away happy with “John Wick.” For the rest of the masses, however, a certain repetitiveness does start to settle in after the 500th — or was it 5000th? — gun shot is fired. Fans of this type of flick or not, there is no question Reeves is infinitely better in 2014 than he was in 2013. I’d take another “John Wick” over a “47 Ronin” sequel any day!

Rated R for strong and bloody violence throughout, language and brief drug use.