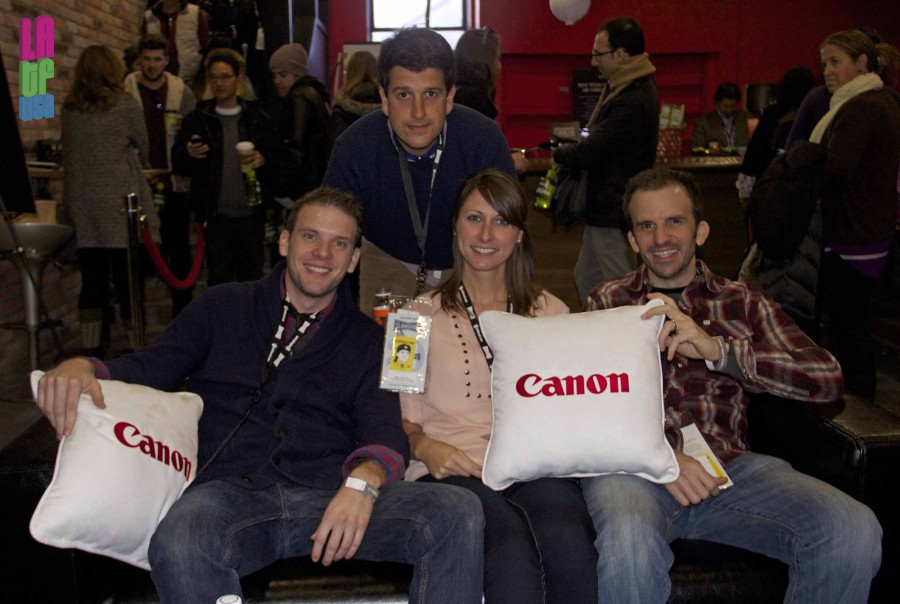 The 20th Annual Slamdance Film Festival announced the feature film and short film recipients of this year's awards in the Audience, Jury, and Sponsored Award Categories. 2014 Festival Sponsor MixBit presented the Slamdance Trailer Competition Grand Prize. Kodak was awarded special recognition for its long-standing sponsorship. The feature competition films in the Documentary and Narrative Programs are limited to first-time filmmakers working with production budgets of less than $1 million.

"Slamdance is an ongoing experiment which has proven after 20 years that when it comes to recognizing artists and launching careers, our independent and grassroots community can do it themselves. We congratulate this year's winning filmmakers and celebrate the collective talent of Slamdance 2014," said Peter Baxter, Co-Founder and President of Slamdance.

Audience Award for Documentary Feature: KIDNAPPED FOR CHRIST, dir. by Kate S. Logan.American teenagers are taken from their homes in the middle of the night and shipped to an Evangelical reform school in The Dominican Republic. The school psychologically disorients them through culture shock and isolation, to re-build them into ideal Christian adults. One such student is David, who gets forcibly enrolled in the program after coming out to his parents. The struggles David's community face to secure his freedom reveal how far the school will go to prevent its students from leaving.

Audience Award for Narrative Feature: COPENHAGEN, dir. by Mark Raso. After weeks of traveling through Europe, the immature William finds himself in Copenhagen, the place of his father's birth. He befriends the youthful Effy, who works in William's hotel as part of an internship program, and they set off to find William's last living relative. Effy's mix of youthful exuberance and wisdom challenges William unlike any woman ever has. As the attraction builds, he must come to grips with destabilizing elements of his family's sordid past.

Jury Award for Narrative Feature: REZETA, dir. by Fernando Frias De La Parra. Rezeta, a 21-year-old model born in Kosovo, arrives in Mexico City after living off of her beauty in many different countries. Soon she meets Alex, the guy in charge of cleaning her trailer during her first commercial gig in Mexico. Their friendship unfolds naturally, but after two failed attempts at dating stereotypical Mexican males Rezeta becomes romantically interested in Alex. This is the story of their complicated love.

The award winner was granted $3,500 in legal services from Pierce Law Group, and $5,000 in film from Kodak.

Jury Special Mention for Original Vision: I PLAY WITH THE PHRASE EACH OTHER, dir. by Jay Alvarez. The first feature film composed entirely of cell phone calls. Jake, a young neurotic, is persuaded to leave his small home town and move to the city to live with Sean, a fanatical poet who survives by swindling inexperienced Craigslist customers. When Jake arrives, Sean has disappeared, and as he struggles to secure a job and a place to stay, Jake discovers a nocturnal world of neon poverty in which his friend is thriving.

The award winner was granted $3,500 in legal services from Pierce Law Group, and $5,000 in film from Kodak.

Jury Special Mention for Most Compelling Personal Journey: HUNTINGTON'S DANCE, dir. by Chris Furbee. The story of one man's reckoning with his family's brutal, hereditary disease: Huntington's Disease. This first person account brings the viewer intimately into their lives. We see his denial, his mother's death, his grappling with being tested and his eventual diagnosis. His path from caretaker, to victim to activist is tracked in a unique diary fashion over the course of 18 years.

Jury Special Mention for Cinematography in a Documentary Short: WHITE EARTH, dir. by J. Christian Jensen. Thousand of desperate souls flock to America's Northern Plains seeking work in the oil fields. A tale of three children and an immigrant mother who brave a cruel winter and explore themes of innocence, home and the American Dream.

The below Short Film Jury Prizes were selected by the esteemed panel of industry members Andrew Edison, Lise Raven, and David Greenspan.

Jury Award for Narrative Short: DAYBREAK, dir. by Ian Lagarde. Growing tension in a group of friends leads to quiet violence and destruction as the children enter adolescence.

Jury Special Mention for Narrative Short: THE WAY, dir. by Max Ksjonda. A neglected teenager makes a bet with his friends that leads him on a dangerous trip to another city.

Jury Award for Animation Short: THE PATH OF WIND, dir. by Kim Ju-im. A human office chair unravels its legs and goes on a wildly imaginative psychedelic vision quest filled with both terror and beauty, leading to transformation into a musical instrument of liberation.

The below Short Film Jury Prizes were selected by the esteemed panel of industry members Skizz Cyzyk, Jacques Thelemaque, and Kendall & Joey Shanks.

Jury Award for Anarchy Short: WAWD AHP, dir. by Steve Girard. A man raps, cuts his head off, and has sex with it. There is also a cartoon.

Spirit of Slamdance Award: THE GREGGS, dir. by Bruce Bundy, Nigel DeFriez, Rob Malone, Kira Pearson, Alex Mechanik, Jessie Levandov, Jonathan Rosenblit. The esoteric and secluded group responsible for the creation of the world's standardized tests must find a way to adapt when their way of life is threatened by dissent within their ranks.

The award winner was granted a MovieMagic Software Bundle from Entertainment Partners.

Blackmagic Design Cinematography Award: SOMETIMES I DREAM I'M FLYING, dir. by Aneta Popiel-Machnicka. Weronika is a young, outstandingly talented dancer. Since she was ten years old ballet has been her entire life, day in day out, striving for excellence. Weronika's private life, pain, loneliness and exhaustion remain somewhere in the background, brushed aside, until she suffers a serious injury just two days before a performance that is vital to her career, at the Berlin Opera.

The award winner was granted a Blackmagic Cinema Camera from Blackmagic Design, and a 4-week accessory rental package from Abelcine.

Slamdance Trailer Competition Grand Prize, presented by MixBit: LOVE STEAKS, dir. by Jakob Lass. A luxury hotel. Steaks frizzle, muffintops getting massaged. Clemens (rare) joins the wellness area as a rookie. Lara (well-done) needs to assert herself in the kitchen pack. The elevator brings the two of them together. Hanging in dependence. They encounter each other, until they clash. He – a masseur. She – a cook. A couple of punches.

The Slamdance Trailer Competition, presented by MixBit, offered all filmmakers accepted into the 2014 festival an opportunity to create their best trailer. Entrants' work was presented on MixBit.com and ten finalists had their trailers shown during the festival. The award winner, decided by YouTube Co-Founder Chad Hurley, was granted a Blackmagic Pocket Cinema Camera from MixBit.

Every 2014 Slamdance feature film received a complimentary one-year Vimeo PRO account as a thanks for all of their hard work and continued creativity.