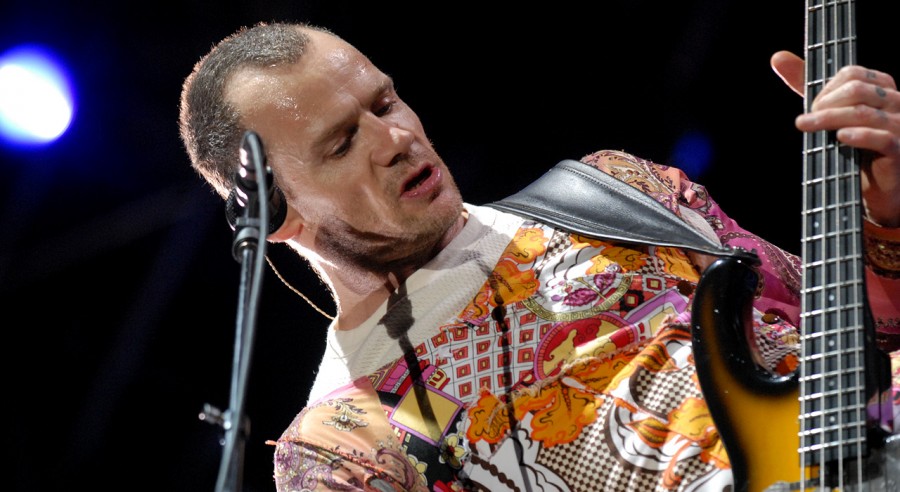 Sundance Institute has announced the roster of music performances to take place at the 2014 Sundance Film Festival, including talent from Low Down – featuring Red Hot Chili Peppers’ Flea, composer Ohad Talmor and and a reading by Elle Fanning – who will perform at the ‘A Celebration of Music in Film’ event on January 19, 8:00 p.m. MT, at Sundance House Presented by HP at the 2014 Sundance Film Festival. Also at the event will be The Fela! Band, performing music from the film Finding Fela, which honors the music of legend Fela Kuti, creator of Afrobeat music, and critically acclaimed artist Rae Spoon from the documentary-musical My Prairie Home. The event is hosted by the Sundance Institute Film Music Program.
Peter Golub, Director of the Sundance Institute Film Music Program and producer of ‘A Celebration of Music in Film,’ said, "All year round we work with composers and filmmakers, giving them a chance to think, experiment, and work with mentors on what happens when one puts film and music together. Our Sunday night ‘Celebration’ puts a spotlight on the crucial role that music plays in filmmaking by presenting the most exciting music from this year’s slate of films.”

Tracy McKnight, music supervisor and co-programmer of ‘A Celebration of Music in Film,’ said, “We’re thrilled to be showcasing such an incredible line up of talent for our 15th anniversary show! From jazz to afrobeat to singer/songwriters, all of the music featured in each of these amazing films is an incredible part of our evening. We could not be more excited and honored to give music the center stage on this special night.”
The event is open to all Festival credential holders (21 and older); A limited number of spots on the guest list will be given away via Twitter @sundancefestnow.
Festival’s Music Café and Airbnb to Host Belle & Sebastian on January 20
Indie pop act Belle & Sebastian will play a live show on Monday, January 20 at 9:30 p.m. at the Festival’s Music Café, in connection with band member Stuart Murdoch's film God Help The Girl, which will have its world premiere at the 2014 Festival. The concert is presented by Festival sponsor Airbnb and Sundance Institute, and the after-party and DJ set will be held at the Airbnb Haus.
Murdoch said, “On behalf of the group and myself, I'd like to say how excited we are to be playing a short concert at the bequest of the Sundance Film Festival. In Park City, in Utah, in the snow. Did i say how excited we were? I’m like, vibrating.”
The musical starring Emily Browning, Olly Alexander and Hannah Murray, was written and directed by Murdoch and produced by Barry Mendel. The other members of Belle & Sebastian assisted in making the music and film in various capacities. Tickets and more info can be obtained by emailing [email protected].