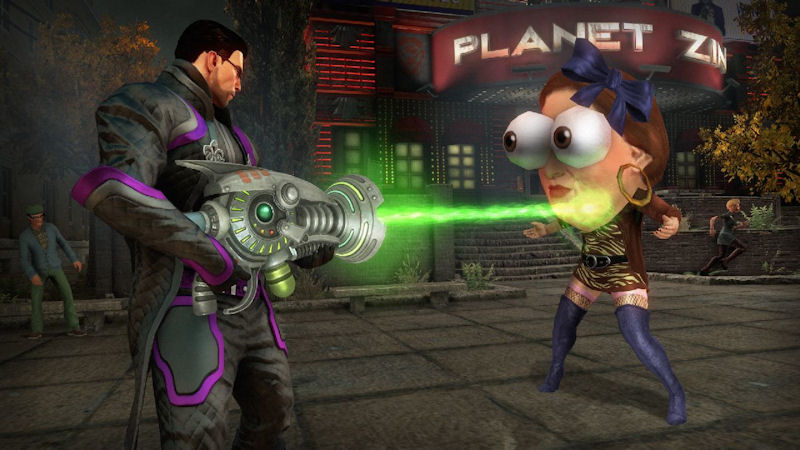 I don’t know why, but my parents never took me to a candy store during my childhood years. Whether it was because they didn’t want me to get premature diabetes, excessive cavities, or to develop an addictive love for Mike & Ikes and Reece’s Pieces, I have lived a life devoid of that all too desirable pure, euphoric; ‘kid in a candy store’ type joy. Even though Deep Silver’s latest addition to the long running Saints Row franchise is about as kid friendly as a machete, I could not help but feel like a child with the key to Willy Wonka’s chocolate factory while playing it. “Saints Row IV” is just as violent, lewd, and offensive as its predecessors, but it sure is sweet to play.

Fans of the Saints Row series will be very happy to note that the latest open-world installment does not digress into any new storylines. It picks up with the Third Street Saints as they have been able to elevate their status to the highest level possible in the good ol’ US of A. That’s right; they’ve made it all the way to the White House.

In “Saints Row IV,” players are given the opportunity to create their own President — and believe me, character customization goes as deep as being able to choose the thickness of your ankle tattoo — before setting him or her lose on, not only America, but the entire galaxy.

The already larger than life insanity of the Saints Row universe gets even crazier after a catastrophic alien invasion transports the entire Third Street Saints gang into a bizarre, outer body 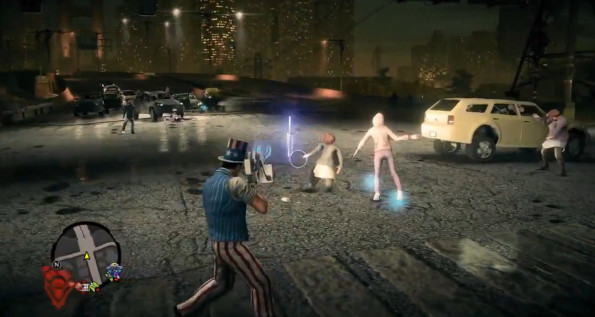 mind simulation. Just like “Inception” blew my mind the first time I saw it, “Saints Row IV” manages to do it again by placing most of the action inside an alternate reality that is actually occurring inside your character’s brain. Boom! Mind blown. Toldja so.

Despite “Saints Row IV’s” premise being even more ridiculous than a J.J. Abrams TV series, it does make for some pretty incredible gameplay. In the first ten minutes alone, players shoot their way through an underground lair brimming with bad guys, a slow-motion battle sequence straight out of “Call of Duty”, and climb a nuclear bomb — as it is rocketing into space mind you — in order to destroy it before it blows up the entire world. And that’s just the prologue!

The meat of the game, with all of its super-powered fighting, gun toting, and Electronic-Dance-Music-blasting action is even more manic and awesome. 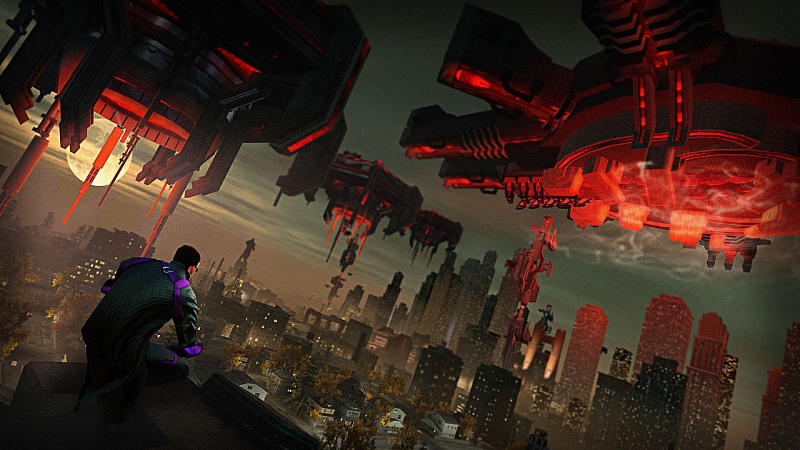 It’s very hard to make a tongue-in-cheek video game without transcending into certain levels of annoyance. “Saints Row IV” is an anomaly. Deep Silver has created an incredibly self-reflexive look at the open-world, “Grand Theft Auto” style, video game genre that every mainstream developer has been trying to copy recently.  With all of the “Assassin Creeds”, “BioShocks”, and “Far Cries” out there, it’s great to see a game flip the genre on its head.

“Saints Row IV” flips, somersaults, and dances all over the open world action game, but also manages to be thoroughly enjoyable to play as well.