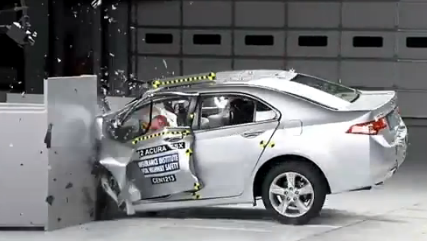 Although smaller cars are more economical these days, some new models have more work to do when it comes to testing well in overlap crash tests (frontal collisions).

The 2013 two- and four-door Honda Civics turned in a “good” performance — the highest score — in a new type of tough front crash test earlier this year to earn the highest accolade from the Insurance Institute for Highway Safety.

The Dodge Dart, the Ford Focus and four other cars tested well. But three models, including the Chevy Cruze produced by General Motors, the Volkswagen Beetle, the Nissan Sentra and two other vehicles made by Kia fared poorly in the test.