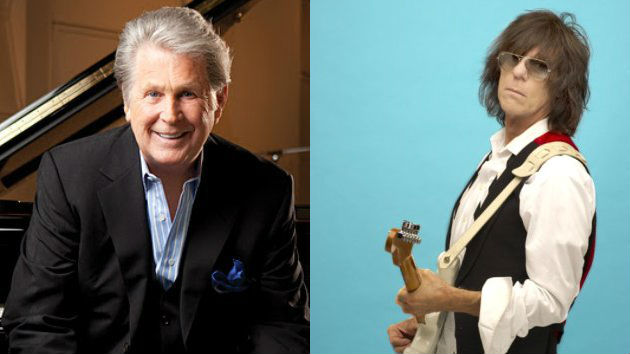 Legendary music icons and Grammy® Award winners, Brian Wilson (Co-founder Beach Boys) and Jeff Beck (Yardbirds) announced today a co-headlining North American tour.  Two of the music industry’s most celebrated entertainers will kick off their tour on September 27thin Hollywood, FL and will visit nearly 20 cities as they bring an evening of historic musical collaboration to fans across North America.  Throughout late September and October, the tour will also take the two legends to New York City, Toronto, Washington D.C., Boston and several other cities.

Wilson’s former band mates Al Jardine & David Marks will join Wilson and Beck. Beck recently joined Wilson in the studio as a guest on Wilson’s upcoming album on Capitol Records.  “Jeff is one of the most amazing guitarists I’ve ever worked with and his vibe is inspiring,” says Wilson.  “I feel having Jeff Beck co-headline with me is a cool and exciting addition. We’ve got some new tunes we want to try out on a live crowd as well as doing some great music from our catalogues.” Tickets go on sale starting August 9that www.livenation.com and will also be available at www.ticketmaster.com