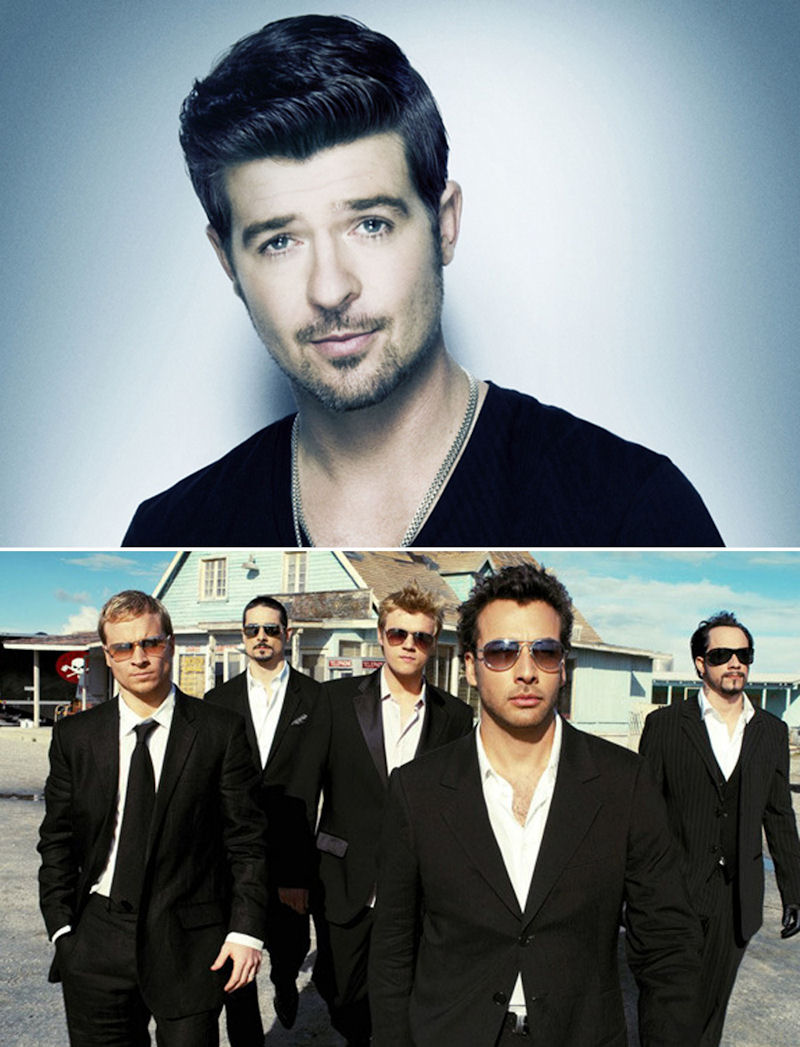 It's not new news - Robin Thicke's "Blurred Lines" is the #1 song of the summer. The full-length album released last week and has already claimed the top spot on the Billboard Top 200 album chart. With this achievement, Robin is celebrating the first #1 record of his career. The artist reached another milestone this week when Blurred Lines sold more than 170,000 units- Robin’s biggest week of sales ever.

On the boy band end of the spectrum, Backstreet Boys In A World Like This, the new album from the Backstreet Boys, debuted at #5 on Billboards Top 200.

In A World Like This marks the 8th consecutive Backstreet Boys album to debut in the Top 10. The album (K-BAHN / BMG), released on July 30th, celebrates the groups 20th Anniversary and has already seen BSB honored with a star on the legendary Hollywood Walk of Fame, among other remarkable occasions.