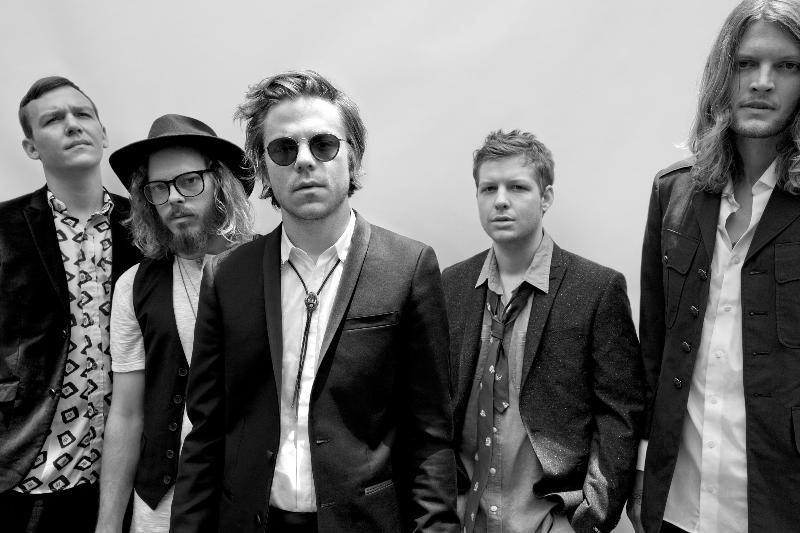 “Cage The Elephant” today announced that their new single “Come A Little Closer” will be available at iTunes and all digital providers on August 13th. The song will be premiered on August 8th. “Come A Little Closer” is featured on their highly anticipated third studio album, which is due out this fall via RCA Records. The new album is the follow up to 2011’s acclaimed sophomore album “Thank You Happy Birthday,” which debuted at #2 on the Billboard Top 200 Chart and has over 250,000 copies to date. “Rolling Stone,”“New York Times,”“LA Times,”“USA Today,” and “Entertainment Weekly” all praised the release as “one of the best rock albums of the year.”

The album also spawned the hit single “Shake Me Down” which spent six weeks at #1 at Alternative radio. Their acclaimed self-titled debut album was released in 2009 and has sold over 550,000 copies to date. The album remained on the Billboard 200 Chart for an astounding 73 consecutive weeks and produced three Top 5 singles at Alternative Radio, including the massive hit “Ain’t No Rest For The Wicked.” In additional to numerous Sold Out headline runs, Cage The Elephant has toured with “Black Keys,”“Foo Fighters,”“Stone Temple Pilots,”“Silversun Pickups,”“Manchester Orchestra,” and more.