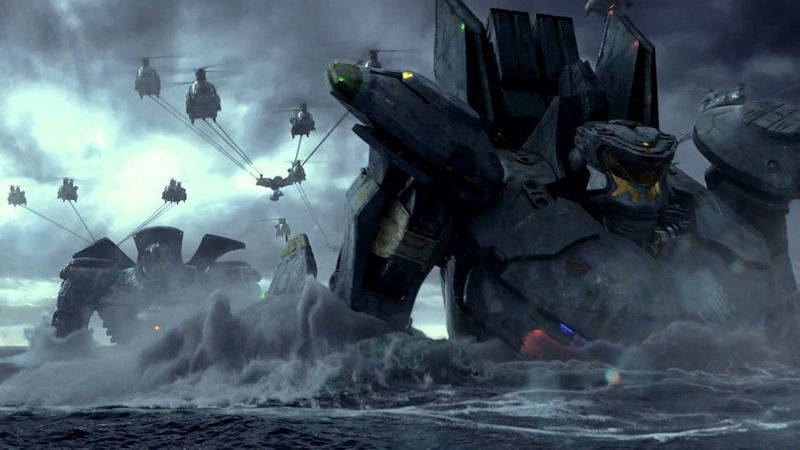 Guillermo del Toro must be enjoying the longest childhood ever, because the director’s latest film “Pacific Rim” is definitely his beautiful dark twisted childhood fantasy. Complete with cheesy acting, an over-the-top storyline, and amazing battle scenes that continuously blur the line between stunning and excessive, del Toro successfully weaves an in-your-face story that is incredibly farfetched yet very entertaining. Any adult wishing they could step back inside his/her velcro shoes for just a couple extra hours, power up “Pokemon Red” for The Game Boy Color one last time, or watch one more Sunday morning episode of “Beast Wars” will surely enjoy this less socially frowned upon childhood escape.

Every self-respecting adult — and don’t even pretend to lie to me — has played with action figures at some point while growing up. GI Joes. Bionicles. The occasional Barbie or Ken doll you "stole" from your sister even though you actually saved up for it and had the foresight to use coupons to buy it at Toys R Us. “Pacific Rim” is exactly that, a sci-fi soap opera with the plot and pacing of a prepubescent child playing with his or her toy collection. 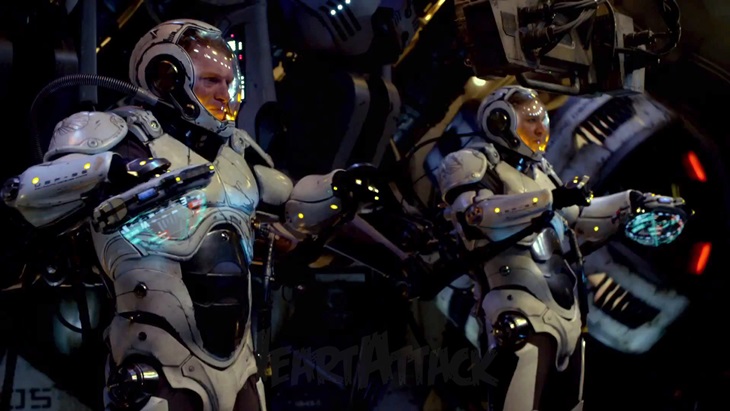 The film stars Charlie Hunnam (Sons of Anarchy) as Raleigh Becket, a washed up Jaeger pilot still emotionally vulnerable from losing his brother to a monstrous Kaiju. Yes, I know I just used two words that mean absolutely nothing to someone who hasn’t seen the film yet, but it’s to prove a point! When giant aliens from an alternate dimension somehow figure out how to cross into our universe, human emotion tends to get lost along the way. The Kaiju are the Godzilla like bad guys. The Jaegers are the giant Fox Sports Football Robots. They fight on a grand scale that is visually immersive and freaking awesome to watch on a big screen, and usually the Kaiju dies. Where’s all the meaty characterization? Where’s the story? 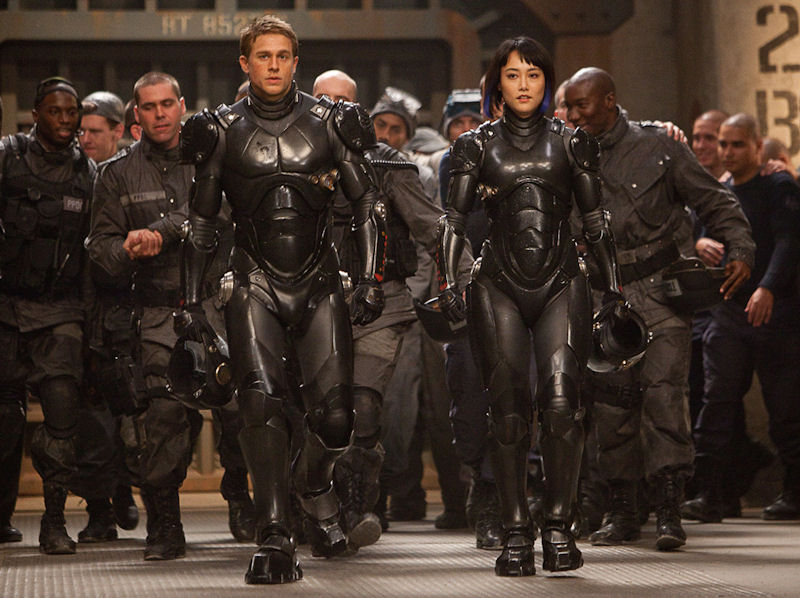 Del Toro and his writing partner Travis Beacham attempt to infuse the Mech heavy plot with a certain sense of humanity through the Jaeger’s unique driving technique. Because these giant robot warriors are so large, it takes two people with absolute compatibility to control them. Through some shoddy scientific mumbo jumbo and just a little bit of cinematic suspension of disbelief, voice over narrative informs the audience that the only way Jaeger’s work is by having its two pilots fuse minds together. The fusing is confusing, so it’s best to not fight the faux science and just go with it.

Even though this lazy attempt to give each Mech a human heart — actually two human hearts — is absurd, del Toro and Beacham’s script somehow works. With all of its prop humor, gags, and nods to creature feature films from yesteryear, “Pacific Rim” is cute in the same way a little kid roasting ants with a magnifying glass is.

After the enjoyably over the top first act subsides, Raleigh is recruited to join the last wave of Jaegers determined to close off 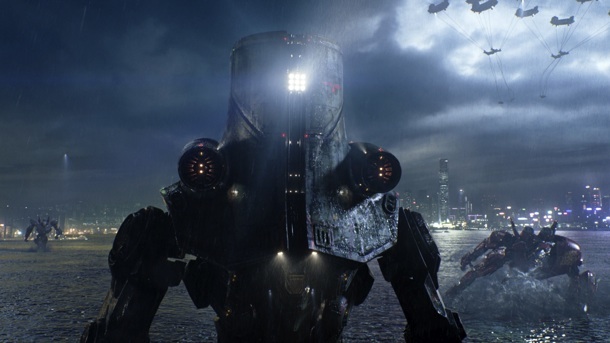 the portal to the alien world. Once joining this final resistance, he is reunited with old friends like Stacker Pentecost (Idris Elba), new enemies such as Chuck Hanson (Robert Kazinsky) and even a love interest (Rinko Kikuchi).  This is where the film begins to stumble. As soon as the actors open up their mouths and begin to interact, I realized that I just wanted them to shut up and go fight some giant aliens.

“Pacific Rim” is definitely a cinematic experience best viewed at the movie theater—especially if there is an IMAX around.
Despite its lack of characterization and moronic plot, there are more than enough cool fight scenes to satisfy any action junkie looking for a quick fix. Don’t expect any Oscars with this summer flick, but do look forward to a narrative that will cut straight to your inner childhood — no assembly required.