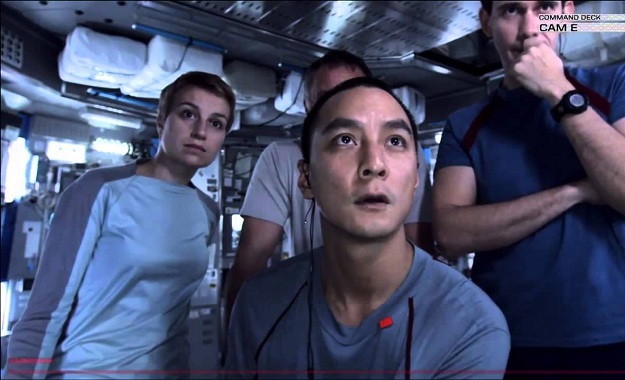 If Hitchcock had made an extra terrestrial movie, “Europa Report” would have been it. With a faux documentary style narrative approach, Sebastian Cordero’s (Chronicles) American language directing debut is about as tasteful of a sci-fi thriller as they come. Instead of settling for cheap scares like recent deep space duds  “Apollo 18” and to a lesser extent “Oblivion,” Cordero crafts a story rife with dramatic irony that constantly builds audience suspense and anticipation. “Europa Report” is thrilling and horrifying, and simply too highbrow to be classified as being another mindless alien movie.

Taking place in the near future, Philip Gelatt’s script is told as if it were premiering on the National Geographic channel. Using found footage, talking head interviews, and news reports, Gelatt and Cordero paint a realistic picture of post NASA space travel. In the place of individual countries battling for space supremacy, a company like Elon Musk’s Space X program makes it possible for the best astronauts in the world to team up and expand our knowledge of the universe.

Using Jupiter’s most fertile moon Europa as a backdrop, “Europa Report” tells the story of the world’s longest and farthest 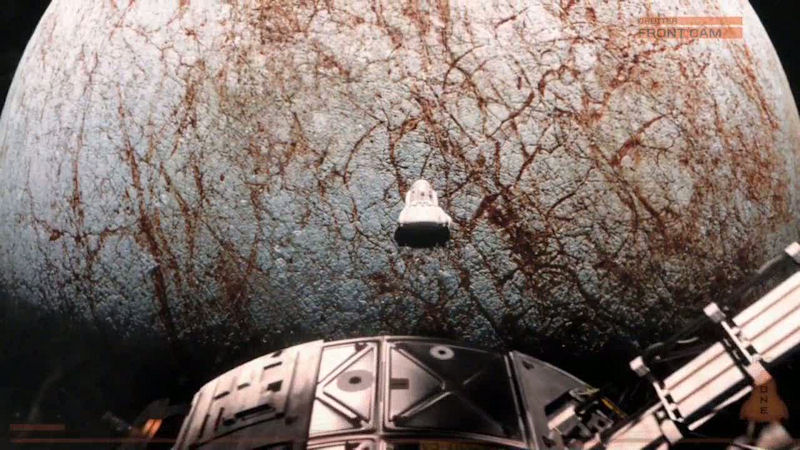 manned space mission. Right from the beginning, however, the audience learns that the mission, aptly named Europa 1, had more than just a few hiccups along the way. Mission supervisor Dr. Sokolov (Dan Fogler) and ship captain Rosa Dasque (Anamaria Marinca) open up about the many shortcomings of Europa 1 through media interviews and news stories.

Once in space, black box camera footage puts the audience inside the tiny space ship right alongside the rest of the crew. By keeping the story confined to the crew’s cabin, the audience cannot help but become that much more emotionally attached to these characters. This story telling tactic works perfectly for the film. Just like there is no oxygen in deep space, the audience feels the suffocating force of the unknown every time something truly terrifying occurs off screen. We are stuck watching only the crew’s reaction to the event through a camera feed, and because of that, the thrills are elevated. 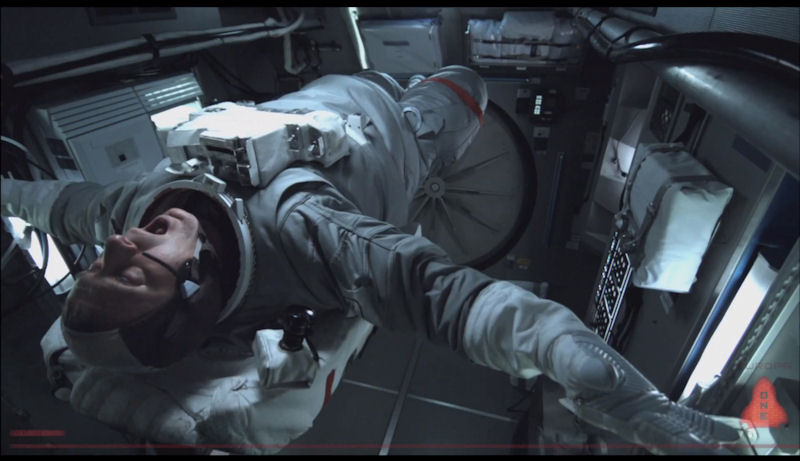 Cordero doesn’t bog the narrative down with over the top special effects either. Even though he sprinkles in a few requisite shots of space and all of its infinity, most of the action occurs inside the space ship. Characters might exit to fix broken fuel cells or explore foreign terrain, but the audience never leaves with them. We’re not part of the team, we’re just watching the aftermath. In most alien movies, the audience cannot wait to get a glimpse of the CGI crafted other worldly creature, but in “Europa Report” the lack of visual extra terrestrial confirmation is somehow more satisfying.

Sebastian Cordero’s film mixes just enough cinematic awe with storytelling fear to make the perfect extra terrestrial thrill ride. We connect to space movies in the first place because humans love watching mankind fight in the face of cosmic odds. Ultimately, it really doesn’t matter what the alien looks like, only how the humans react once they meet it. Cordero’s story may take place in outer space, but it is 100% human at heart.