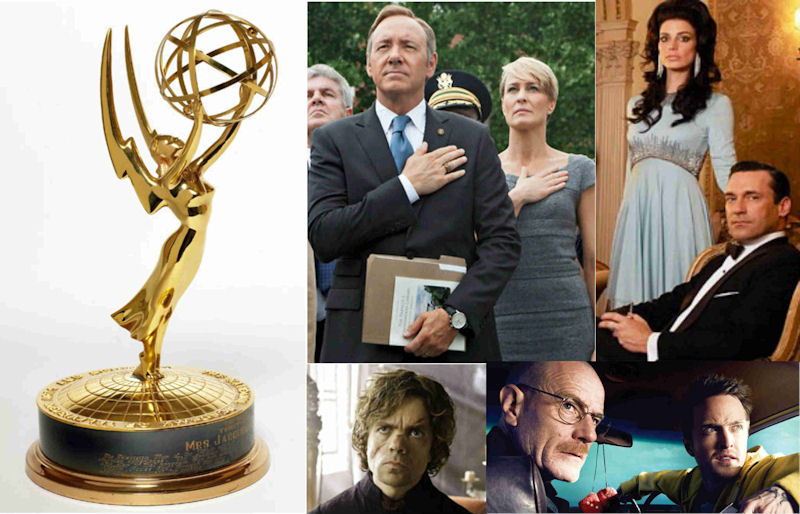 This morning the 65th Primetime Emmy Award nominations were announced by Neil Patrick Harris and Aaron Paul of "Breaking Bad." The race is now on for who will win the golden statuette on September 22nd. Saying goodbye this year, "30 Rock" sees 6 major nominations. The big change, and some might say evolution, is "House of Cards," which joins the category for Best Drama Series. This marks the first time that television's top awards have recognized an online show. "American Horror Story: Asylum" earned the most nominations with 17, while "Game of Thrones" has 16. The surprise nominations are the 15 for the critically bashed Liberace biopic "Behind the Candelabra."

In no particular order, here are the nominees: