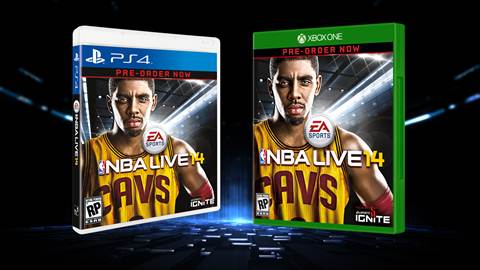 Today Electronic Arts announced that Kyrie Irving will be the official cover athlete of "NBA Live 14" when the game launches this fall on the Xbox One and the PlayStation 4. The first overall pick in the 2011 NBA Draft, Irving was named the 2011-12 NBA Rookie of the Year and was a unanimous choice to the 2012 NBA All-Rookie First Team. He was also named an NBA All-Star in 2013 and is the reigning Foot Locker Three-Point Shootout champion.

“I’m so proud to be the face of this franchise as it makes its much-anticipated return,” Irving said. “I’ve been on the court with the development team and I’ve seen first-hand some of the amazing things EA Sports is doing with "NBA Live 14". The fans are going to love it.”

For more on NBA 14, check out: http://www.easports.com/nba-live.

Electronics
Lace Up Your Skates For EA Sports' "NHL 14" Demo