Spurs 1 Win Away From An NBA Title 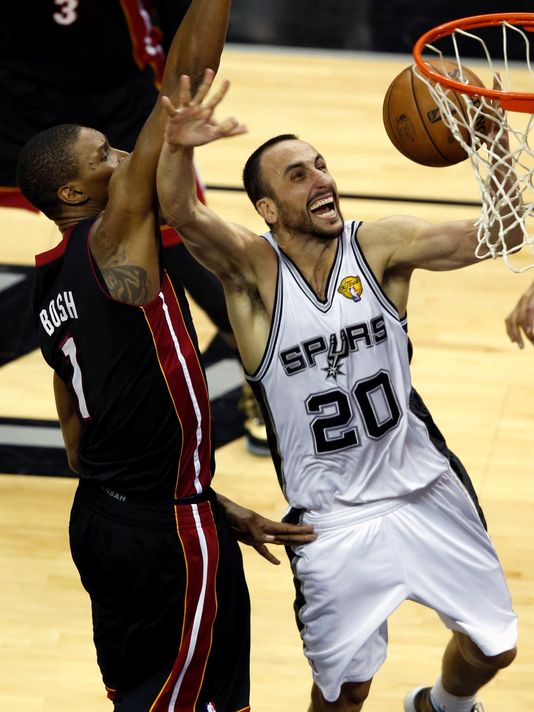 According to the way this series has gone, game 5 was the Spurs’ turn to win. And win they did. The Spurs used a 21-2 second-half run to seize control of the game and the series as they defeated the Miami Heat 114-104. In a strategic move by Coach Greg Popovich, used to get struggling Manu Ginobili going, he inserted Ginobili into the staring lineup for the first time all season, and he delivered after struggling for much of the series. Ginobili finished with 24 points and 10 assists to spearhead a balanced Spurs attack that saw all five starters finish in double figures. Tony Parker led the way with 26 points on 10-of-14 from the field. 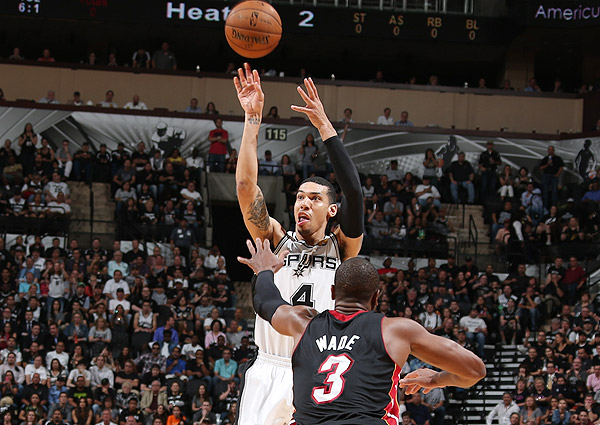 Danny Green continued his hot shooting, scoring 24 points and breaking Ray Allen’s record for most three-pointers in an NBA  Finals series in the process. Green finished the night 6-10 from beyond the arc, giving him 25 three-pointers in the series. That takes him well over Allen’s mark of 22 and Green has at least one more game to extend his new record. Tim Duncan notched a double-double, scoring 17 points and grabbing 12 rebounds. Kawhi Leonard chipped in 16 points and eight rebounds. San Antonio’s offense was humming all night long, shooting 61.8 percent in the first half and 60.0 percent for the game. LeBron James had 25 points for Miami, but he shot just 8-of-22 from the field. Dwyane Wade had 25 points and 10 assists, while Chris Bosh had 16 points and six rebounds. Allen added 21 points off the bench, with 15 of those coming in the fourth quarter as the Heat made one final rally. Game 6 will return to Miami at American Airlines Arena on Tuesday night where the Spurs will try to end the series. If necessary, a 7th and deciding game will be played on Thursday.