One Good Blowout Deserves Another! 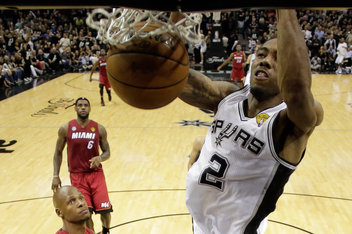 Forget the “Big 3” of Tim Duncan, Tony Parker and Manu Ginobili — how about the “Small 3” of Danny Green, Gary Neal and Kawhi Leonard who led the San Antonio Spurs to a payback blowout of 36 points in their 113 to 77 victory over the Miami Heat Tuesday night at the AT&T Center in San Antonio, TX. This was a “Remember The Alamo” type of an assault as the Spurs dominated at both ends of the floor. The Spurs couldn’t miss on what was a magical evening in San Antonio. They shared the ball with ease and executed flawlessly throughout the game to give themselves high-percentage looks throughout the night. Danny Green continued his incredible run through the postseason and finished with 27 points on 9-of-15 shooting from the field to lead all scorers. 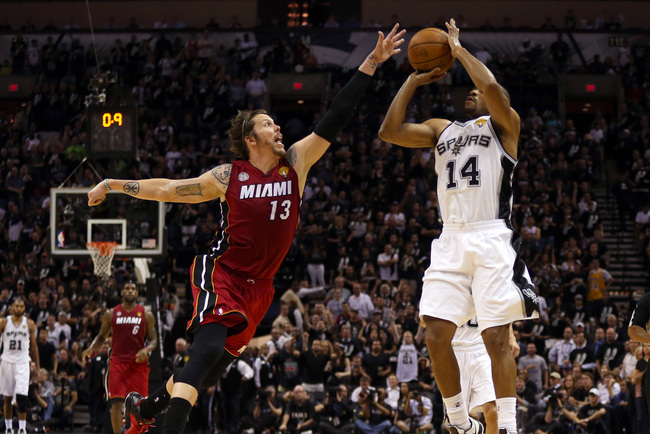 Gary Neal added 24 points off the bench and made things relatively easy for the Spurs’ stars as they got plenty of rest. Kawhi Leonard (14 points, 12 rebounds) and Tim Duncan (12 points, 14 rebounds) each notched double-doubles as the Spurs totaled 29 assists on 43 field goals and turned the ball over just 13 times. As for the Heat, San Antonio’s aggressive defense stifled LeBron James and held him to just 15 points and 11 rebounds on 7-of-21 shooting. Dwyane Wade finished with 16 points and five assists. Chris Bosh was just 4-of-10 from the field and finished with 12 points and 10 rebounds. The only bright spot for the Heat was the sharp-shooting of Mike Miller as he made 5-of-5 three-point shots. This was the third largest margin of victory in NBA Finals history. The Spurs’ 16 three-pointers set a record for the most in a finals contest. The series resumes Thursday night at the AT&T Center at 6 PM ET.