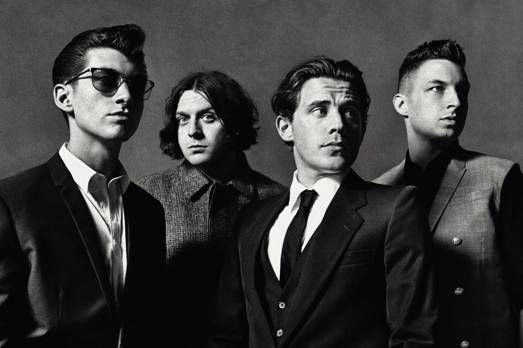 Arctic Monkeys are releasing their highly anticipated fifth album entitled AM via Domino on September 10th. It’s been two years since the band released their critically lauded album Suck it and Seeand over a year since they last unleashed new material, in the form of stand-alone single “R U Mine?” - a track that quickly became a huge crowd pleaser on their 2012 tour with The Black Keys.

AM features 11 new tracks and was produced by James Ford and co-produced by Ross Orton in California at Sage & Sound Recording and Rancho De La Luna in Joshua Tree. The album was engineered by Ian Shea (Coldplay, John Mayer) and mixed by multi-Grammy Award winner Tchad Blake (Elvis Costello, The Black Keys).  Josh Homme, Pete Thomas and Bill Ryder Jones all make guest appearances on AM– as do the words of John Cooper Clarke, on the track “I Wanna Be Yours.”

The album will be available on CD, vinyl, special edition vinyl, and via digital download. PRESS HERE to pre-order AM.

Film
CODE BLACK To Have World Premiere At LAFF