The NBA Loses A Family Member 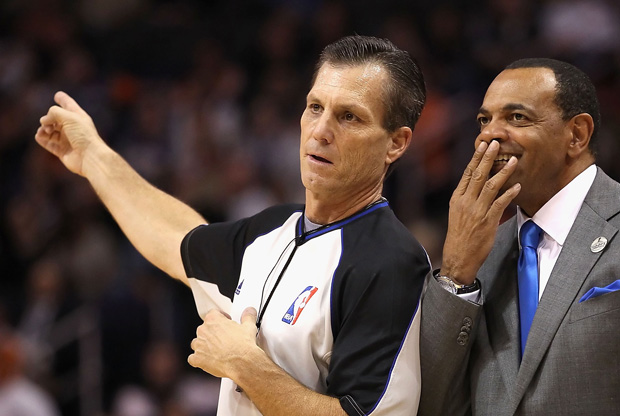 Veteran NBA official Greg Willard lost his battle with pancreatic cancer on Monday after a ten month fight. Willard was diagnosed before working Game 6 of the 2012 Western Conference finals in June between the Thunder and Spurs. He was scheduled to work the game, set to be his 11th of the 2012 playoffs, but withdrew. Willard, 54, spent 24 seasons as an NBA referee, starting in 1988 and officiated 1,494 regular-season games, 136 playoff games, including two NBA Finals games and the 2006 All-Star Game.

“The entire NBA family joins me in mourning the loss of one of our own, Greg Willard,” David Stern said in a statement. “Greg touched all those with whom he came in contact thanks to his extraordinary spirit, dedication and hard work. As a Finals referee, he reached the highest level of his profession while at the same time demonstrating a strong commitment to his family and his community. Our thoughts are with his wife Laurie, their children and the rest of the Willard family during this difficult time.” Before the news of Willard’s death was officially announced, LeBron James tweeted, “RIP to one of our NBA refs Greg Willard due to cancer! Prayers goes out to his family and friends #NBAFamily.”