Nothing Was Off Limits At 2013 MTV Movie Awards 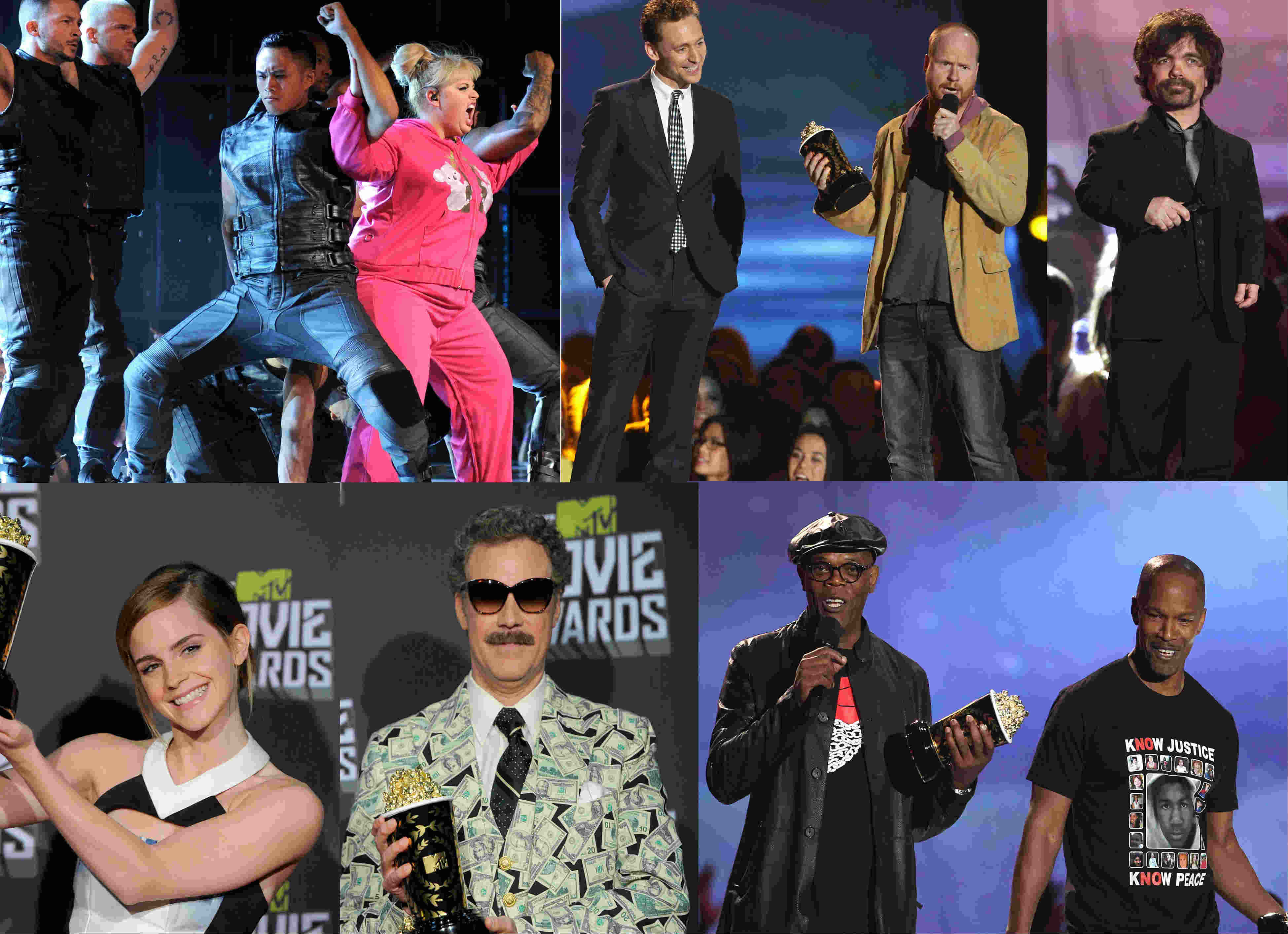 Host Rebel Wilson set the tone for the night - opening with dirty jokes in a black leather body suit. It didn't matter that nine-year old Quvenshane Wallis (Beasts of the Southern Wild) was sitting in the front row. Wilson's vocabulary consisted of classy words such as "vag" and "chlamydia." There were several pokes at overgrown crotch hair and sucking on a 'magic stick.' Each year, MTV's annual Movie Awards gets a little bit raunchier - perhaps that's what they think will keep the attention of the younger demographic? To the show's script writer's credit: there were several laugh out loud moments and a room full of A-listers; making the show fairly entertaining. Brad Pitt, Peter Dinklake, Snoop Lion, Samuel L. Jackson, Bradley Cooper --- It seemed as though all of Hollywood was there. I guess the entire world wasn't at Coachella...

Macklemore and Ryan Lewis performed, as did Selena Gomez: who revealed her catchy new single with an Indian flair, "Come And Get It." Will Ferrell never disappoints. As he was honored with the Comedic Genius Award, Ferrell was clad in a cash money suit and joined on stage by his southeast Asian “wife and children." Hilarious. But the real star of the night was "The Avengers," which swept the awards board with Movie of the Year, Best Villain and Best Fight. Who were the other big winners of the candid evening?