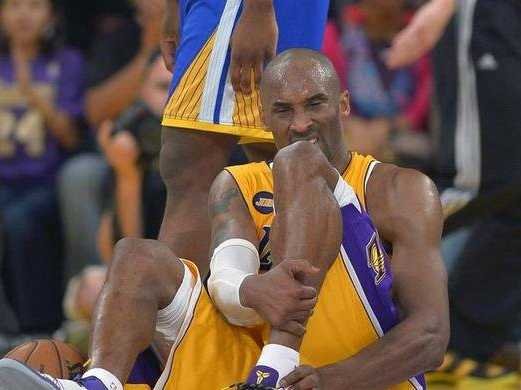 Los Angeles Lakers guard Kobe Bryant, who injured his left Achilles tendon late in the fourth quarter of last night’s 118-116 victory over Golden State, had an MRI exam this morning which confirmed a torn Achilles tendon.

After confirmation of the injury, Bryant elected to have surgery to repair the torn left Achilles tendon.  The successful surgery was performed by Dr. Neal ElAttrache and Dr. Stephen Lombardo of the Kerlan Jobe Orthopaedic Group.  Recovery time is expected to be a minimum of six to nine months.

The NBA’s fourth all-time leading scorer, Bryant currently ranks third in the NBA in scoring this season, averaging 27.3 points, to go along with 5.6 rebounds, a team-high 6.0 assists, 1.36 steals and 38.6 minutes in 78 games this season.

Sports
Shocks In Sports Across The Board