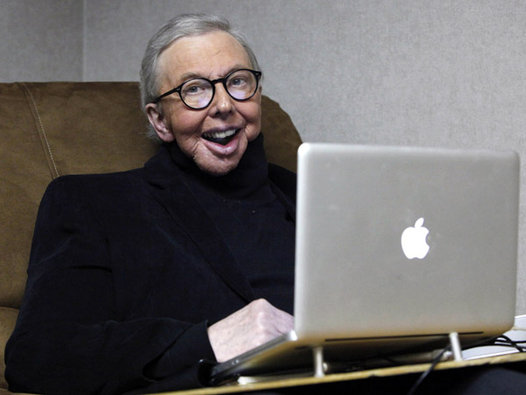 Roger Ebert lost his ability to speak and eat after undergoing surgeries for thyroid and salivary gland cancer in 2002 and 2003. Ten years later, the renowned Pulitzer Prize-winning film critic is facing cancer once again.

"I must slow down now, which is why I'm taking what I like to call 'a leave of presence,'" said the 70 year-old in a blog entry on Tuesday. His battle is causing him to scale back his writing after delivering film reviews for over four decades.

Ebert will undergo radiation treatment that will force him to take time away from his job.

"The 'painful fracture' that made it difficult for me to walk has recently been revealed to be a cancer," Ebert said. He reassures by writing, "I am not going away. My intent is to continue to write selected reviews ... What's more, I'll be able at last to do what I've always fantasized about doing: reviewing only the movies I want to review."